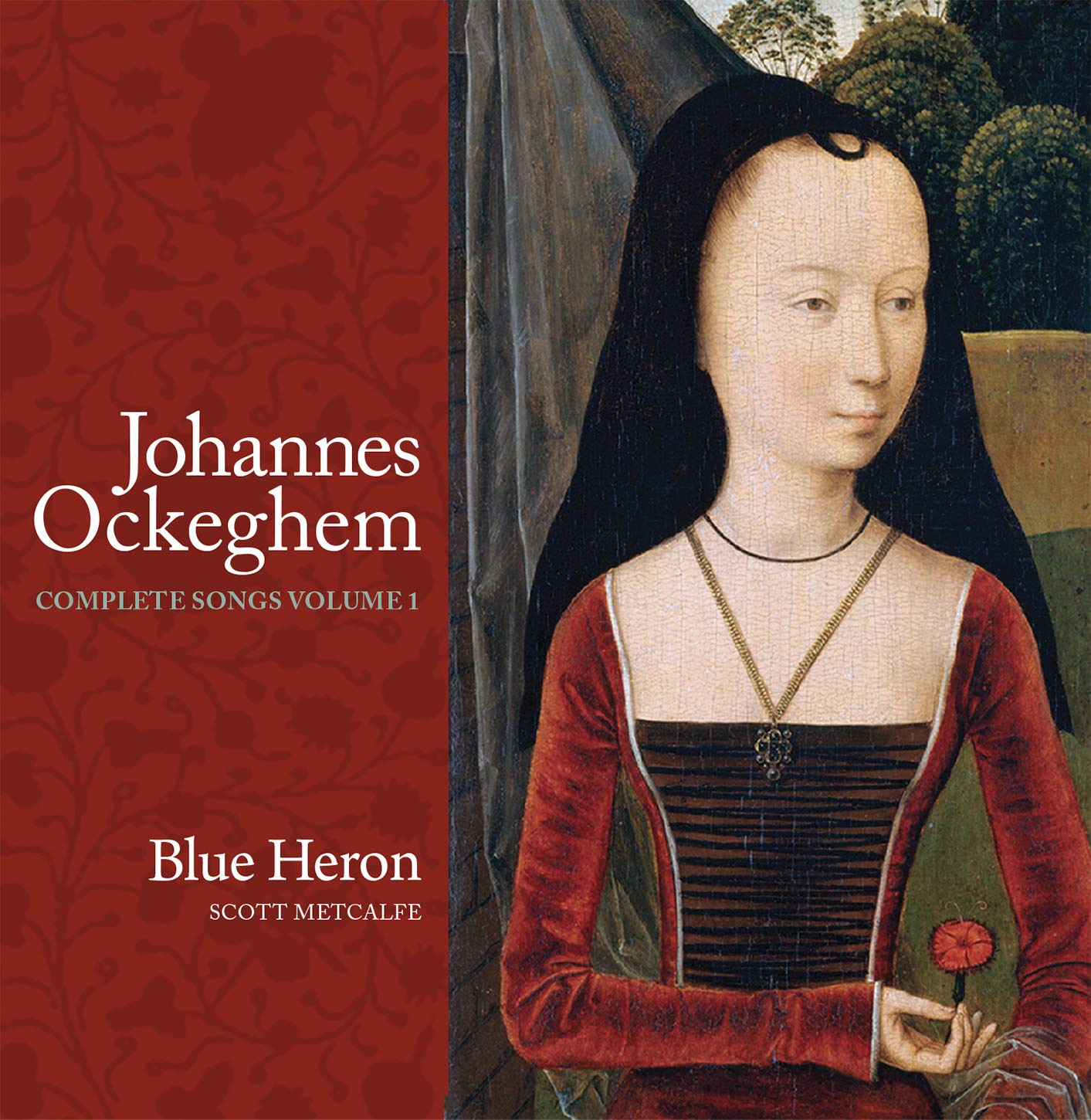 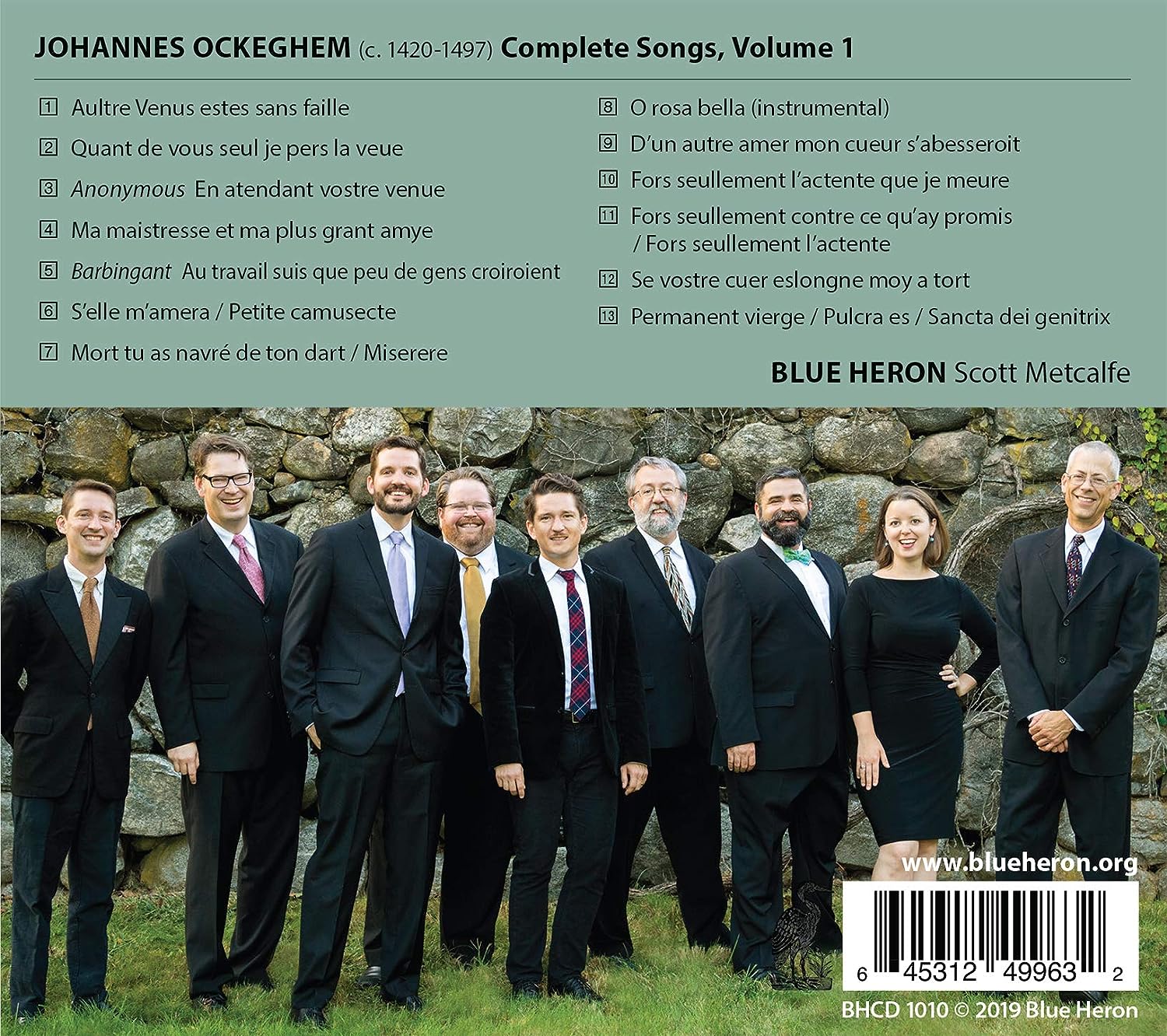 One year after winning the 2018 Gramophone Classical Music Award for Early Music for the fifth album in its series Music from the Peterhouse Partbooks, and just one month after releasing the world premiere recording of Cipriano de Rores I madrigali a cinque voci, Blue Heron announces the release of the first in a new series of recordings dedicated to the music of Johannes Ockeghem and his contemporaries.
Johannes Ockeghem: Complete Songs, vol. 1 is the first of two releases which will present all of Ockeghems songs in a complete set; the second is planned for release in 2022. The songs have not been recorded complete since the early 1980s.
Johannes Ockeghem (c. 1420-1497) was one of the most celebrated musicians of the fifteenth century and is one of the greatest composers of all time, every bit the equal of J.S. Bach in contrapuntal technique and profound expressivity, and like Bach able to combine the most rigorous intellectual structure with a beguiling sensuality.
His two dozen songs set French lyric poetry in the courtly forms of the fifteenth centuryrondeau, virelai, and balladeto exquisitely crafted polyphony in which all voices are granted equally beautiful and compelling melodies.
Besides eleven of Ockeghems songs, the disc includes two related works: the anonymous En atendant vostre venue from the recently-discovered Leuven Chansonnier (probably copied c. 1475 in the Loire Valley, where Ockeghem lived and worked), whose text borrows the first line of Ockeghems Quant de vous seul, and Au travail suis by the composer Barbingant, which quotes both text and music from the opening of Ockeghems Ma maistresse.
The booklet contains complete texts and translations and notes on the music and performance practice by Sean Gallagher and Blue Herons music director Scott Metcalfe.

The chansons of Johannes Ockeghem, written in the second half of the 15th century, sound so fresh and new in this marvellous release from Scott Metcalfe and Blue Heron that the intervening centuries feel like some sort of illusion.
Belying the music's "nowness", the detailed liner notes by Ockeghem scholar Sean Gallagher demonstrates the problems common to most 500+ year old music, with complexities of attribution and dating. Indeed, we're lucky that some of this music has survived at all; seven of the songs exist in only one manuscript.
And Scott Metcalfe shows how difficult and problematic it is to bridge the gap between the remaining manuscripts and viable performances today. He presents evidence about the pronunciation of 15th century French, about whether certain musical parts should be vocal or instrumental, and about who should sing the high parts, a woman, a girl, a boy, or an adult man singing falsetto.
Metcalfe is open about the remaining questions - "We remain unsure about all the possibilities open to singers of such parts" - but the results sound to me so outstandingly beautiful that surely he's made the correct decisions in the majority of cases. I know that I'll continue to look to Blue Heron for the most impressive music of the period.

This recording is part of Blue Heron's project Ockeghem@600, a multi-year project to perform the complete works of this great composer. It will be complete in 2021, around the time of the 600th anniversary of Ockeghem's birth.