A Treasury of Early Music 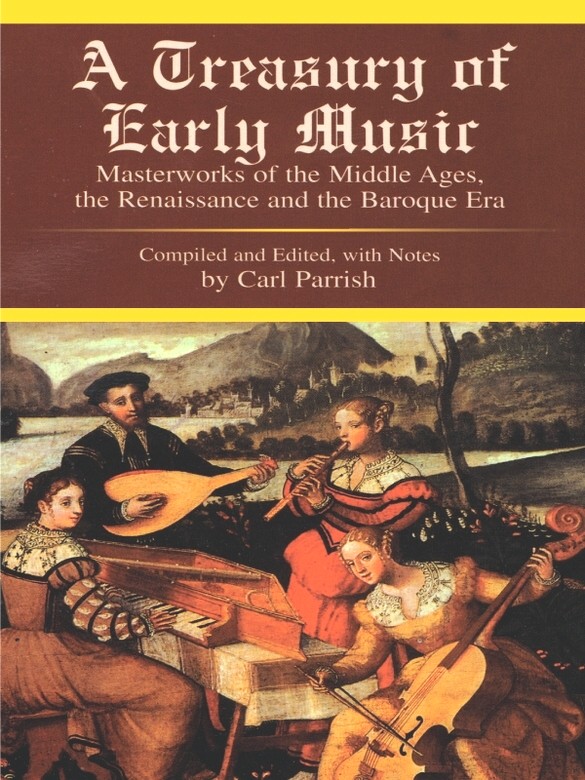 
Music of the Middle Ages

A TREASURY OF EARLY MUSIC

An Anthology of Masterworks
of
The Middle Ages, The Renaissance, and The Baroque

A Treasury of Early Music is a rich collection of fifty pieces of music illustrating the development of musical style from the early middle ages to the middle of the eighteenth century. The selections have been carefully chosen first because they illustrate some important step in the evolution of musical style, and second because they are intrinsically interesting and beautiful pieces of music. Whenever possible, complete musical compositions or sections of compositions which in themselves form complete musical units are given. Each piece fills in a detail in the picture of the development of European music, from the first, which illustrates one of the four great Western liturgies, to the last, a chef d'oeuvre from the realm of Baroque comic opera. Some of the examples are published here for the first time.

Dr. Parrish is professor of music at Vassar College, and coeditor with John F. Ohl of the companion volume Masterpieces of Music Before 1750.

A set of three LP records containing all the compositions in the Masterpieces book is also available on the Haydn Society label. Their titles are: