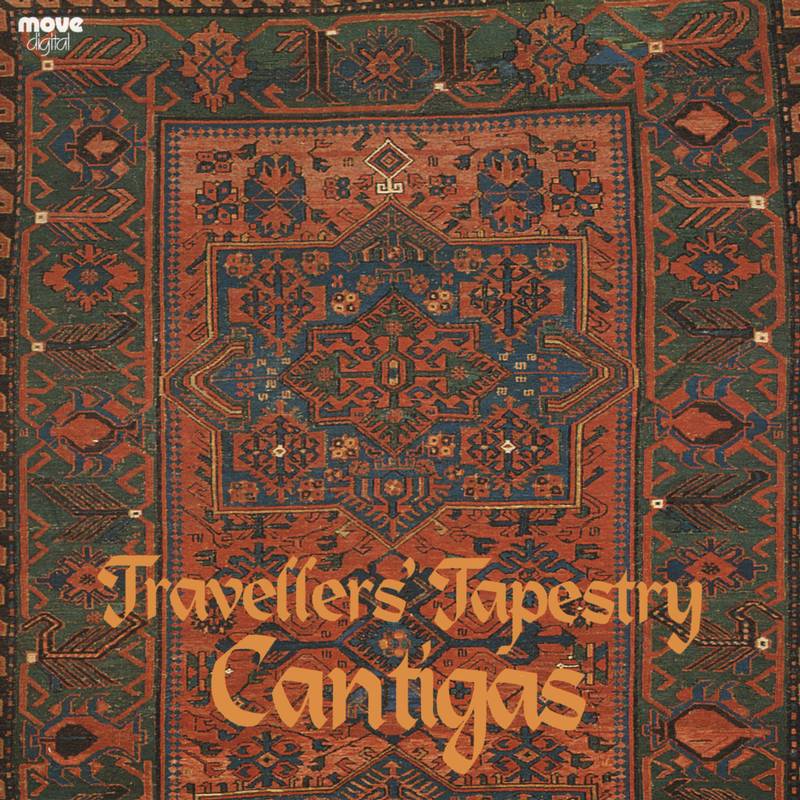 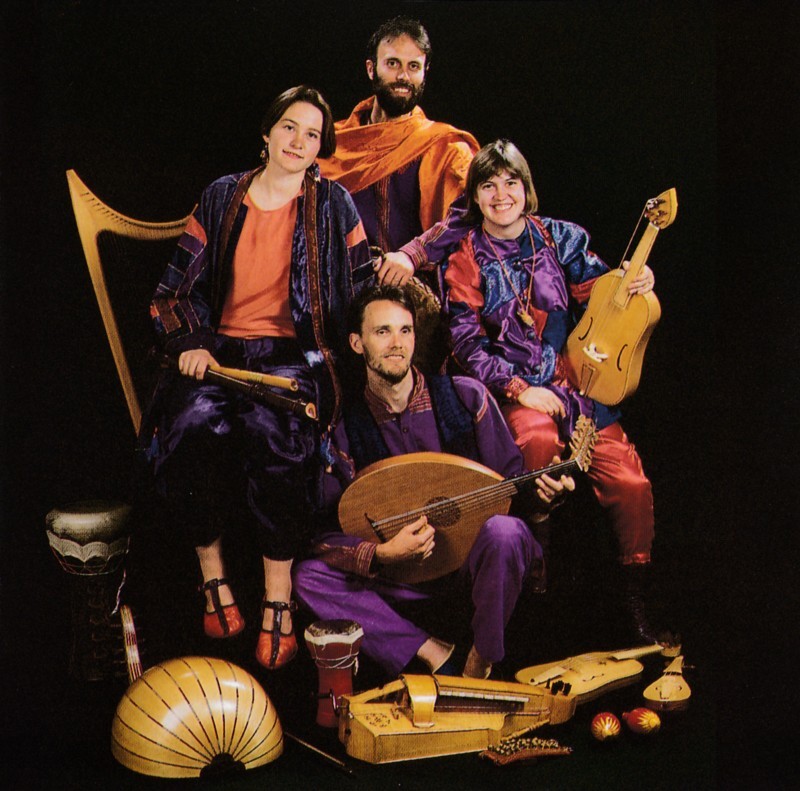 
Cantigas was formed in 1990 and plays a repertoire of mediæval and folk-based music from Europe, Asia and the Middle East, using percussion, recorder and mediæval string instruments (rebec, vielles, hurdy-gurdy, harp, lute and oud). With a strong sense of theatre, the group is interested in both the visual and musical aspects of mediæval performance.

Cantigas tours extensively in Australia and abroad, performing in both city and country areas. The group also gives workshops and demonstrations to primary and secondary schools as well as to tertiary institutions. Travellers' Tapestry is a collection of melodies inspired by the mediæval centres of barter and exchange grouped along busy trade routes. These village fairs were important periodical meeting-places for professional merchants of cloth, gold and silver, spices and wines. This recording reflects the gathering together of people not only from Europe but also Asia and the Middle East and the resulting exchange of musical cultures and ideas. It explores various combinations of instruments — rebec, vielle, lute, oud, recorders, harp and a number of percussion instruments — and investigates the exciting fest of music with lyrical secular song and rhythmically buoyant mediæval instrumental dances.

There were numerous articles in which the mediæval trader was interested: precious stones such as pearls, diamonds and turquoise; scents such as musk, amber, camphor, sandalwood and cloves; spices such as pepper, cinnamon and ginger; paper; silk; wool; fur and carpets. These commodities came from many different places; the best amber was from South-East Arabia, spices were from Ceylon and Java, carpets from Persia and silk from China.

In Muhammadan society the merchant enjoyed a respect and consideration that was closely connected with the origin of his faith. Muhammad the Prophet and founder of Islam had himself been a merchant. He thus conferred upon the profession of trader an elevation and a dignity which gained him an entrance into the highest society. Arabic influence is prevalent throughout music of the Middle Ages and was spread by way of the Moorish occupation of Southern Spain (711-1492). Constantinople was also a very important entrepôt in the Middle Ages, standing on the trade route between East and West. The Arab merchant and traveller is represented here by a thread of melodies from Turkey and Syria employing the characteristic complex rhythms of the Middle East.

The travels and explorations of Marco Polo are well-known and during the Middle Ages land routes to Cathay were opened up. The journey along the Silk Road joined East and West and was made by European adventurers in search of the riches of the Orient. A collection of Asian melodies includes monodies from Tibet (Himalayan Journey) and Japan (Mogami's ferryman).

The mediæval trading centres were an ideal place for wandering minstrels to interact, exchanging and developing new melodies and ideas. These fairs set out to attract the greatest number of people and goods and much music was dispersed through the travels of both French troubadours and German minnesingers (Quand je voi, Ey ich sach, Reis glorios, Nu alrest). Monophonic song in Spain was also influenced by the troubadour movement as many troubadours fled to Spain during the Albigensian Crusade of 1204. Alfonso X "el Sabio", King of Castile and León (1252-1284) was a patron of the Arts and encouraged learning in a cultured society that numbered troubadour song among its many amusements. The collection of four hundred monophonic songs, Cantigas de Santa Maria was assembled at his court and recounts miracles performed by the Virgin Mary (Como poden). Every tenth song punctuates the series with a more general song in her praise (Santa Maria). An anonymous Catalan song of the thirteenth century, Quant Ay, is in this same tradition. In the later Middle Ages, Guillaume de Machaut continued the tradition of secular lyric poetry but with a new style of composition, the virelai (Douce dame jolie and Se je souspir).

Troubadours, jongleurs and minstrels provided the entertainment for the fairs playing not only their own compositions but also pieces of the most popular genre of the time, the motet (Balaam prophetanti). Of all the manuscripts that preserve secular Latin songs, the largest and most notorious is the Carmina Burana. This collection was assembled at the Benedictine monastery of Benediktbeuem, south of München, in the late thirteenth century. It is renowned largely for drinking songs (Ecce torpet probitas), its irreverent parodies of religious songs and its obscene love songs. There are however more serious kinds of poetry such as the moral-satiric poems of which Bonum est confidere is one. 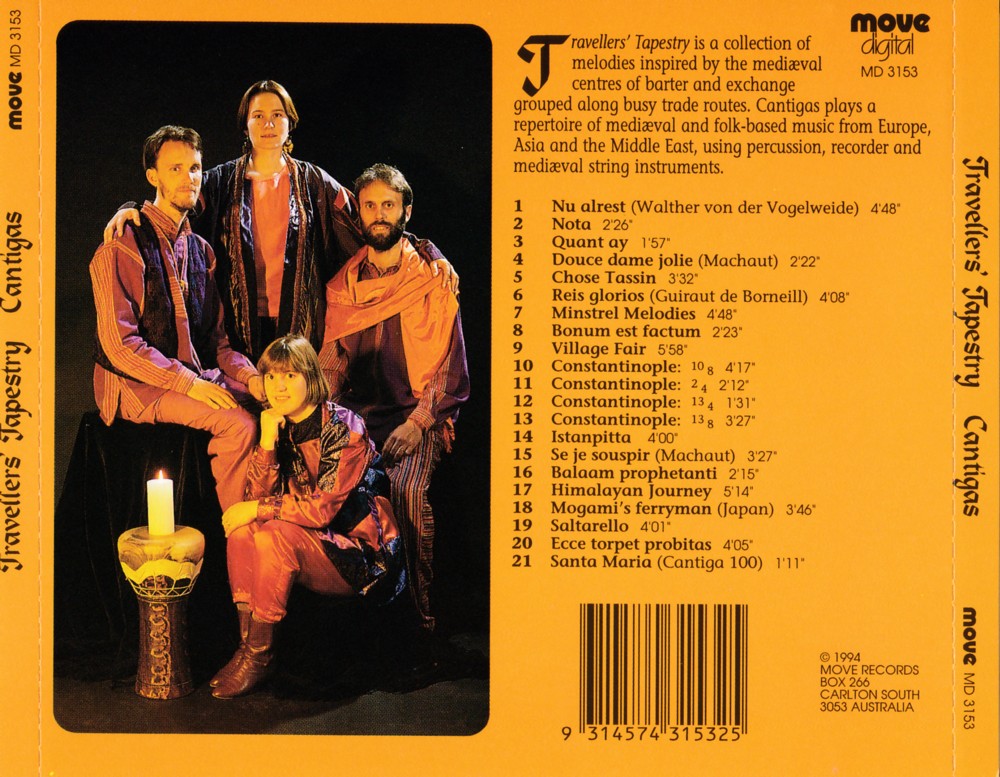