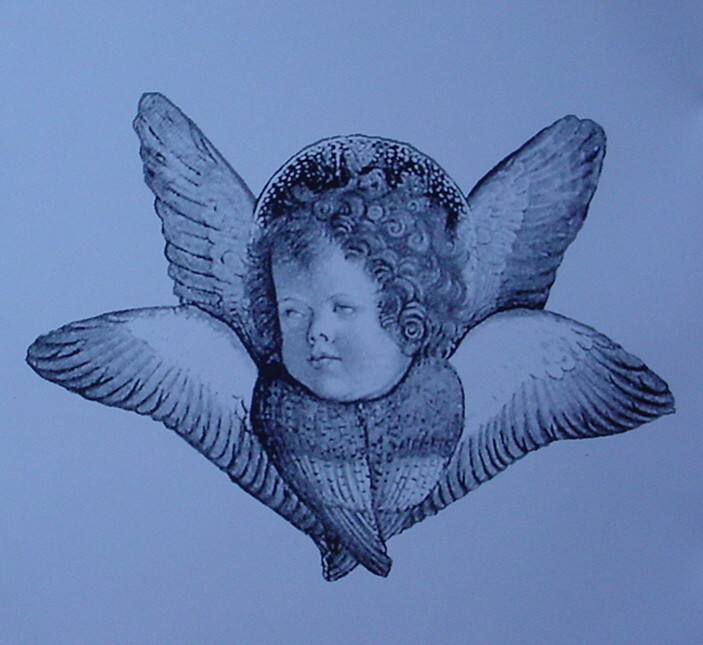 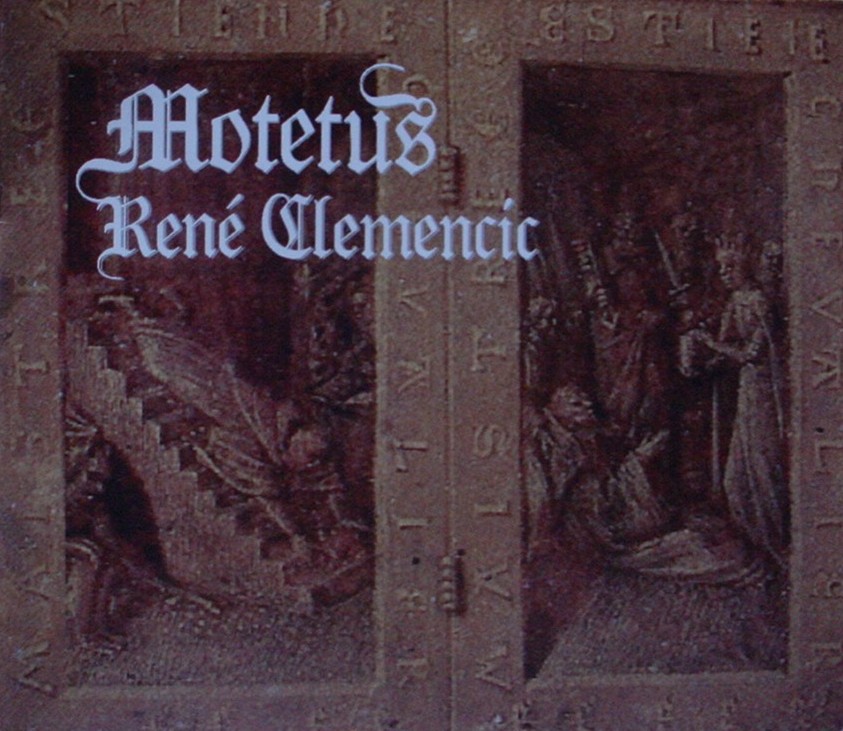 The present programme constitutes a rendezvous with one of Western culture's most fascinating and interesting musical genres, the motet: popular mainly in Paris in the period circa 1200 to 1290. These compositions, in which the text is expressed in many languages seems to predominate, represent in their richest variants amongst the highest  - and in many cases never to be reattained - moments in musical polyphonic. In our musical culture the idea of polyvocality (the simultaneous presence of several voices allowing the maximum diversity in each) has never since been realized with such coherence and purity.

The mastery polyphony of J. S. Bach himself does not bear comparison, because it was intended to attain different aims. No single voice of a Bach fugue may, when detached from its musical context, stand alone. In the medieval motet however, each voice is a unique closed world which, when liberated from the polyphonic context, may exist alone as authentic religious or secular monody. In the motet, in a certain sense, the widely differing individual vocal identities often blend into a unity of a superior order. As for the planets, the single voices trace out their own orbits, without paying heed to the presence of and without troubling the others: harmonic monads in a universal musical order. The necessary fusion, the harmonic blending of the tones in two or more vocal lines has no value in itself. The "harmony» that this generates is useful chiefly in avoiding disturbing effects of dissonance, but is not consciously intended to have its own harmonic value. No harmonic causality unites the sounds; the motet is not the counterpoint, there is no punctus contra punctus, but cantus contra cantum, song against song, from line to line. Motetus vero est cantus ex pluribus compositus (The motet is a song composed of many songs; Johannes de Grocheio, circa 1400). Pre-eminence is given to the melodic, fluid element, and above all the sonority, to the field of the chords.

As within the medieval tradition, the musical pieces, even those with markedly profane or even hedonistic texts, are anchored within the spiritual dimension, however without any reference, any re-ligio to the transcendent. It is the tenor (from tenere = to hold), the relatively lower voice in values of slightly longer notes, and which produces a canto of a Gregorian type, that represents the conceptual foundation of the work: "primo debet tenorem ordinare vel componere et ei modum et mensuram dare" (It is necessary above all to give order to or compose the tenor and give it mode and measure) as Grocheio again affirms: "The more important parts must be created first, because on these the others are then modelled, as nature does in the creation of animals, giving form firstly to the principal parts, or indeed the heart, the liver and the brain, and on those then create the other parts. I speak of ordering since in the motelli (sic) and in the organum the tenor is derived from an odder song, composed in precedence, but then adjusted by the artist according to the manner and the correct measure.". The tenor is firstly ordered rhythmically and made to conform to one of the six then known modes; which are comparable to an ancient prosodic scansion in feet: 1st Modus = long/short; 2nd Modus = short/long; 3rd Modus= long/short/short; 4th Modus = short/short/long; 5th Modus = long/long; 6th Modus = short/short/short. But since the music of the time knew in general only fundamental rhythms in triple time, since the 3, as the divine Trinity, was considered the only perfect number, the long and the short are in the relationship 2 to 1, expressed in modern terms, half notes and quarter notes.

So the 1st Modus = 𝅗𝅥♩; 2nd Modus = ♩𝅗𝅥; 3rd Modus = 𝅗𝅥♩♩; 4th Modus = ♩♩𝅗𝅥; 5th Modus = 𝅗𝅥𝅗𝅥, and 6th Modus = ♩♩♩. If, as in the 3rd and 4th Modus, we have a succession of two shorts, these must be integrated with a third foot in order to attain perfection, which occurs by doubling the second short: 3rd Modus= 𝅗𝅥♩𝅗𝅥 and 4th Modus= ♩𝅗𝅥𝅗𝅥. Associating the melody of the tenor with a mode (usually the 5th ?, though often the 1st or the 2nd; the 4th and the 5th ? are rarer and the 6th only exceptionally) produces a brief rhythmic scheme which will then be repeated continually, with a modification of the tonal heights (pitches) in relation to the melody. One such isorhythmic schematic was to be later called talea. The melody on the tenor may be executed once or several times. In such repeats the rhythmic model may also be completely transformed. The literal repeats of melodic complexes with different rhythmic values (different tonal lengths) are defined as color. Above such a tenor scheme there are now composed one, two or three voices which may also be drawn out on one of the six modes. Their phrases may coincide and overlap amongst themselves, or with the isorrythmic cells of the tenor, It is important to again note that the choral fragment chosen for the tenor is in melismatic style while the other voices de arranged syllabically in such manner that to each note there corresponds a different syllable, which leads to an incredible 'consumption' of text. In the brief passing of barely a minute (the average duration of a motet) we can hear from two to four pieces of text and different music, at times actually in two languages, Latin and French. A content of information without precedent, a kind of maximalist music, rather than minimalist!

The motet seems to have been born around 1200 thanks to the technique of the tropo, or the sylabic adaptation of a text on original melismatic compositions. This procedure had already been famous for some time in monovocal music (sequentiae, tropi etc.). And it is actually in the spirit of the time that this transmutation of the melismatic, undulating character occurs, ecstatic in syllabic dimension, corporeal and also conceptually more concrete, more logical. To this end at the beginning there came the clausulae, or sections of organum, the primitive polyphonic form. This concerns those parts of the organum in which the intoning lower voice, the liturgical tenor which normally unfolds in longer rhythmic values, begins to move in a more agile and rhythmic manner (5th modus). The upper voices, which usually proceed in a more rapid and monorhythmic manner, above all in the 1st Modus, are now in conformity with the syllabic scheme of a single text. In this way we have the conductus. But we pass quickly beyond, to the composition of the fully autonomous motet. The upper voices, now freely created, differ rhythmically in the frequent overlapping of their periods, though they also use different modes for each voice. The third passage in the evolution of the motet is in the use of two or even three different texts (double or triple motets). sometimes in two different languages. The motet tries in this way to abandon the ecclesiastical terrain in order to become the refined pastime of an intellectual society with exacting tastes. In the voices on the French text there began a hidden merging of every kind of quotation and allusion, both textual and melodic. Often there is reference also in the sense of the choral quotation of the tenor (often it concerns a single word, at times not even a whole one). Given that at the time the secular and the religious elements were not so clearly distinct as today, it could happen that secular or multilingual motets might have been sung in the churches and convents by nuns and the religious, even during divine service! In 1261, the archbishop of Rouen complained that the nuns, during some religious celebrations, sang outdated songs and burlesques such as motets etc. The theologians of the time continually urged or ordered against the singing in church of excessively profane, or even indecent motets. Such critique and prohibition, obviously, on the other hand did no more than re-enforce the extreme diffusion of the secular motet in the churches. In order to place a limit on this custom, in the more famous motets the secular text was substituted with a sacred one, the Latin was replaced by French, in some pieces the whole text was actually suppressed or was newly transformed into melismatic clausulae. From the historical point of view it has not yet been demonstrated which of the two forms may have come first, the motet or the clausula. But it was not only the cancellation of the text, in a sort of retrograde evolution, that caused harm to a form such as the motet in its profound association with its verbal content. In this way even the voices might be lost (at times even the tenor), in other cases they might even acquire new ones. Each creation was not immutable in itself; it did not have a unique character, it was not unchangeable. Everything had a fluid aspect, anything was possible. Each single voice could be detached from its own context and stand alone, as simple monody, almost a sort of solo song with only an accompaniment if the tenor was realised instrumentally. But here we come to aspects linked with the performance. As far as we know it seems that the predominant interpretation was purely vocal and solistic. The absence in toto or in part of text in some voice, for example in the tenor, does not represent as has now been demonstrated, any final proof of any instrumental performance. The vocalisation of melodies without text was certainly not invented by jazz. The homogeneous rhythm (the omoritmia) constituted almost always the ideal. The so-called spezzato rhythm, a philological construct from our century, never existed and produces also terrible effects. The interpretation of the motets seems to have been relatively free. The modes were dealt with in great freedom, certainly not with academic-mathematical exactitude, it seems that even variations of rhythm were acceptable. Our greatest authority in these details is a certain Anonimus IV, an Englishman, who studied at the Sorbonne in Paris in the XIIIth century and who in a treatise clearly describes the musical performance practice. Detached from the priority given to the purely vocal interpretation might turn to an instrumental performance of the tenor, above all in secular motets, something further demonstrated when the motet is transformed into a solo song with accompaniment. Also a purely instrumental performance could have been in some cases possible, given that many students and young clerics, the principal interpreters of motets, would also have known how to play instruments. 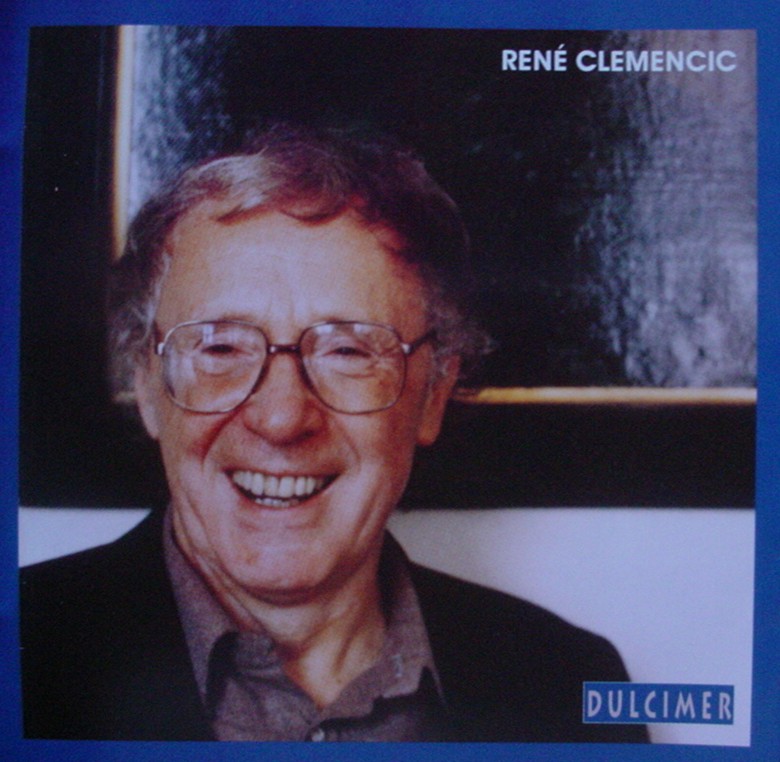