Music of Mediæval and Renaissance Spain 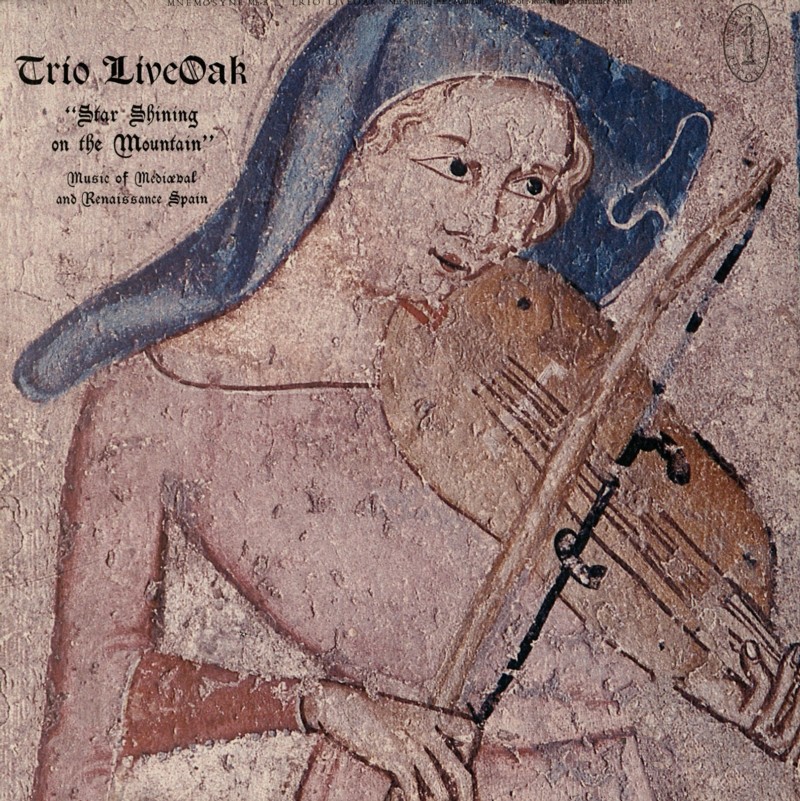 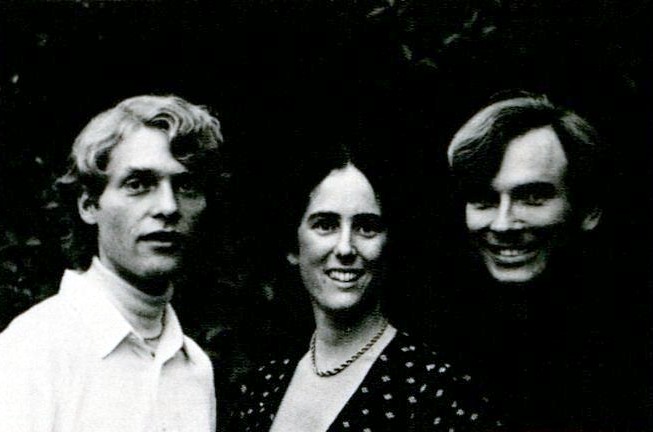 TRIO LIVE OAK'S performances of early Spanish music have been hailed in Spain for their "hondo sentido artístico y cultural" ("deep artistic and cultural understanding") — A B C, Madrid; and in the United States for their "delightful spontaneity " — The New York Times.

The group's familiarity with the music, the instruments, and the culture had been developing for many years before its founding in 1976.

Frank Wallace (B. M., San Francisco Conservatory of Music), baritone and vihuelist, was a skilled performer of classical guitar and taught at the New England Conservatory from 1976 to 1980.

Nancy Knowles, soprano and player of early winds and strings, began performing early music in 1971 and is fluent in Spanish, having lived in Peru, Mexico, and Spain.

John Fleagle, early in his career, performed as a drummer, jazz string bass player, and folk fiddler. In 1973 he turned his attention to Mediæval and Renaissance music. He sings, plays a wide variety of strings and winds, and builds early stringed instruments.

Members of the group have performed with other ensembles in New England, such as Alexander's Feast, Nova Gaudia, and the Quadrivium, and have recorded on Woodbine, Encina, and Revels records. All members have Studied Mediæval and Renaissance music with Marken Montgomery in Boslon, voice with Marcy Lindheimer in New York, and early Spanish culture in Catalonia and Castile.

Trio Live Oak tours regularly in Spain and throughout the United States. 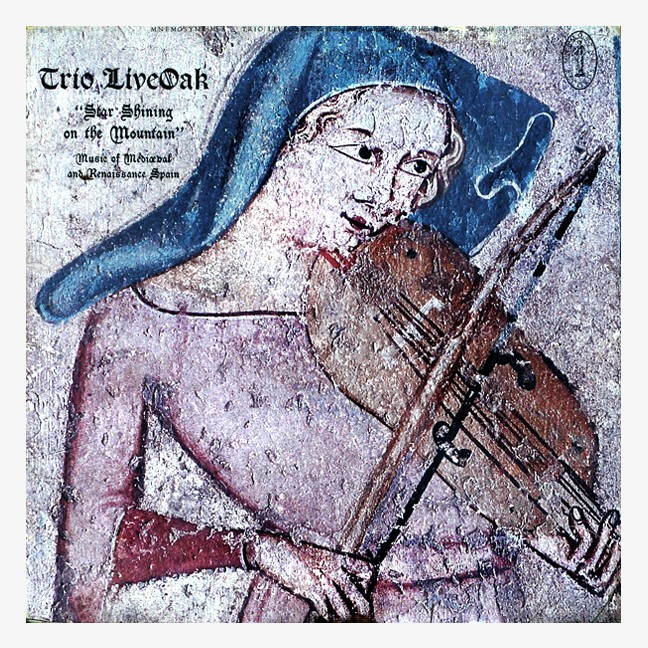 The Iberian Peninsula, prior to the Roman conquest in the first century A. D., comprised diverse cultures (Basque, Iberian, Lusitanian, Celtic, Phœnician, Carthaginian, and Greek), some having been there since the beginning of the Iron Age (ca. 1100 B.C.). During the period of Romanization, the peninsula was unified under a single State, called Hispania, and Latin served as the basis for future regional languages. With the establishment of the Visigothic kingdom, ca. 414, the role of music on the peninsula becomes perceptible, particularly through extant theoretical treatises, musical instruments, and liturgical music. The Christian religion was established during this period, when the Visigothic king Recarred converted to Christianity in the year 587. Beginning with the first Moslem invasion and throughout the subsequent domination by the Moors, lasting until 1492, the liturgical music practices of the Visigothic era were perpetuated as "Mozarabic" under Moslem rule. By the year 1080, the Roman rite was restored throughout Spain, except for certain churches in Toledo where the Mozarabic rite was retained. From Phœnician times, there had been Jewish settlements in Spain. Spanish society, from the tenth through fifteenth centuries, was indeed an amalgam of Jewish, Christian, and Islamic cultures.

1. Stella splendens in monte (1:06)
The famous fourteenth-century manuscript from the Shrine of Our Lady at Montserrat (in Catalonia) was given the name Llibre Vermell ("Red Book") in the nineteenth century, when it was bound in red velvet. It comprises ten musical items, to whose folk-like tunes the pilgrims set their poems. Stella splendens in monte is in duple meter and may be identified as a modified virelai. Isabel Pope identified it, along with Mariam matrem virginem of the same manuscript, as the earliest example of a polyphonic villancico. The instrumental performance given here adheres to the formal scheme A A' B B A A'. [Text: "Star shining on the mountain, shining on Montserrat . . . all the people gather and rejoice, rich and poor, great and small. . ."]

2. Una sañosa porfía (4:24)
This romance juglaresco refers to the War of Granada (ca. 1486-1489). The juglar ("entertainer," "minstrel") relates the sentiments of the last Moorish king, Boabdil (reigned 1482-1492), as the Christians attacked Granada from the west. Juan del Encina ("Juan of the live oak"), the composer of this four-part setting, was perhaps the greatest poet-musician of the early Spanish Renaissance. He is considered the father of the Spanish theatre, and bears the esteem of the present group, which has taken his name. Encina's setting follows a quatrain strophic pattern, with cadential melismas on the second and final phrases.

3. Jançu janto (1:59)
The meaning of this anonymous three-part canción from the Cancionero musical de Palacio (late fifteenth - early sixteenth century) has remained an enigma to musicologists, undoubtedly due to its incomplete text. Writ, ten in Basque, with Castillian elements, it alludes, in a somewhat vulgar manner, to a man born in Artajona. It may well have been a tavern song, the sort sung by soldiers.The first two lines are sung as the opening, internal, and closing refrains. [Sec text enclosed.]

4. La tricotea Samartín la vea (1:52)
This anonymous three-part canción is also from the Cancionero musical de Palacio mentioned above. It is clearly a drinking song, for it mentions the wineskin and the full bottle, and ends with a brag: "I am a monarch of great nobility... Lady, for love... Lady, I would see you." The text, though mostly gibberish, contains a smattering of Italian,Catalan, and Castillian. Other versions of La tricotea exist in French.

5. Pajarito, pajarito (2:13)
This Castillian folksong is widely known. The theme of the "little bird" as a personification of the singer's beloved is common through-out Spain and Latin America. It may also be sung as a lullaby (canción de cuna).

6. Isabel, perdiste la tu faxa (1:44)
This canción by Alonso de Mudarra (d. 1580) appears in the third book of his Tres libros de música en cifras para vihuela (Seville, 1546). The settings in the third book, containing all of Mudarra's vocal works with vihuela accompaniment, are among the best of the accompanied solo songs of the High Renaissance. Mudarra's accompaniment is highly contrapuntal. The song begins with an instrumental introduction and is replete with interludes.

7. Fantasía no. 10 (1:54)
Mudarra's Tres libros de música... represents one of seven major Spanish publications of sixteenth-century vihuela music. Vihuela is a generic term for various stringed instruments of the lute type. One such is the vihuela de mano, an instrument whose six double-course strings of gut are plucked by the fingers. Tuned like the lute, the vihuela resembles it in tone owing to the lightly strung strings. The vihuela was employed mainly in Spain, where it played a prominent role in courtly society. The Fantasía no. 10 carries the title Fantasia que contrahaze la harpa en la manera de Ludovico ("a fantasia that imitates the harp in the manner of Ludovico"). Ludovico was employed as a harpist at the court of King Ferdinand in the early sixteenth century.

8. Scalerica de oro (3:28)
This Sephardic wedding song is a precious example from the Judeo-Spanish song repertoire of the eastern Mediterranean, particularly, Salonika. The oral tradition of this area has been preserved by Lion Algazi in his Chants Sephardis (Paris, 1958). Although it is difficult to trace either the text or tune to the pre-expulsion era of the Spanish Jews, i.e., before 1492, the song is thought to date from that time. The vigorous field research undertaken in the past two decades within Sephardic communities from the eastern and western Mediterranean has yielded a rich harvest of liturgical and secular songs that will ultimately provide the basis for a detailed Study of the Jewish poetic and musical traditions of the Iberian Peninsula.

1. Quen a a Virgen Santa & Muit amar devemos (2:03)
The instrumental renditions of these two cantigas, the triple-meter Quen a a Virgen Santa and the duple-meter Muit amar devemos, arc reminiscent of early paired dances. These are but two musical gems from Spain's most cherished collection, Las Cantigas de Santa Maria (thirteenth century), comprising 427 monophonic songs, mainly in virelai form, compiled under the patronage of King Alfonso X, the Learned (1252-1284).

2. La loba parda & La loba merina (3:10)
Two versions of the rustic Castillian ballad of the she-wolf are combined, one spoken, the other sung. The ballad represents a classic confrontation between man and beast, trading taunts and testing each other's courage.

3. Ay, que ya viene Dios (2:09)
The soleá (pl. soleares) is a gypsified version of soledad ("solitude"). As a genre of song, the soleá plays a central role in flamenco, and the soleares are, in fact, considered to be the backbone of all the flamenco sub-genres. The instrumental version attempts to capture the essence of an intensely dramatic text, the spontaneous outpouring of a singer's emotions. The text from Felipe Pedrell Cancionero musical popular español (Barcelona, 1958), is as follows:

5. La pobre mora (3:11)
The cave encountered in this folksong can still be seen on the road from Portillo to Cuéllar in Castile. The group learned this song from Sra. Julia Sanz Vaca de Capa of Arganda del Rey, in the southern part of the province of Madrid, who played in this cave as a child.

6. Si la noche haze escura (2:56)
According to Jesús Bal y Gay, this three-part villancico is the pearl of the Cancionero de Upsala, which was discovered in the library of the renowned medieval university in Sweden. The Cancionero, printed in Venice in 1556, contains fifty-four villancicos of two to five voices.

7. Ay, linda amiga (2:27)
This sad love song is of unknown origin. It was given as a gift to the group by the choirmaster in Cardona, in the northwestern part of the province of Barcelona.

8. Falalalanlera (1:47)
This anonymous four-part villancico from the Cancionero de Upsala bears traits closely akin to works by Juan del Encina. In fact, it could be a twin to Encina's villancico Yo soy desposado. The text, which describes the Lenten exploits of a shepherd, shares the tune with the well-known Christmas villancico, Riu riu chiu ( no. 46), from the same cancionero. In this rendition, only the first and third stanzas are sung. 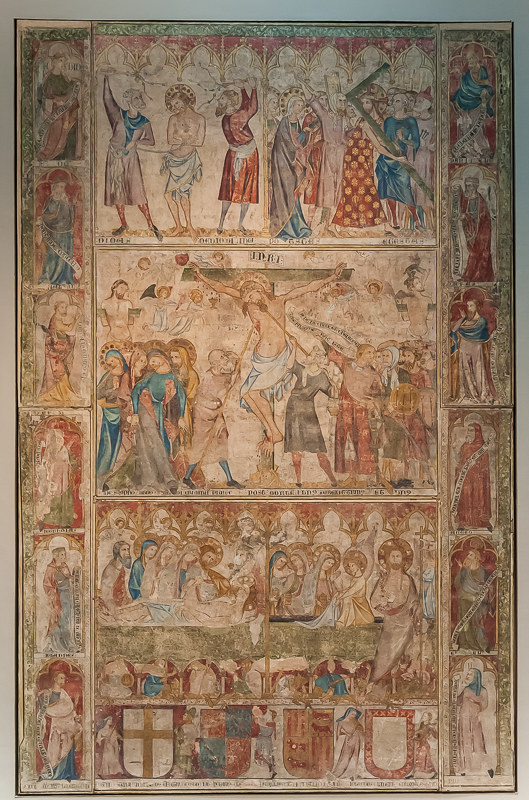 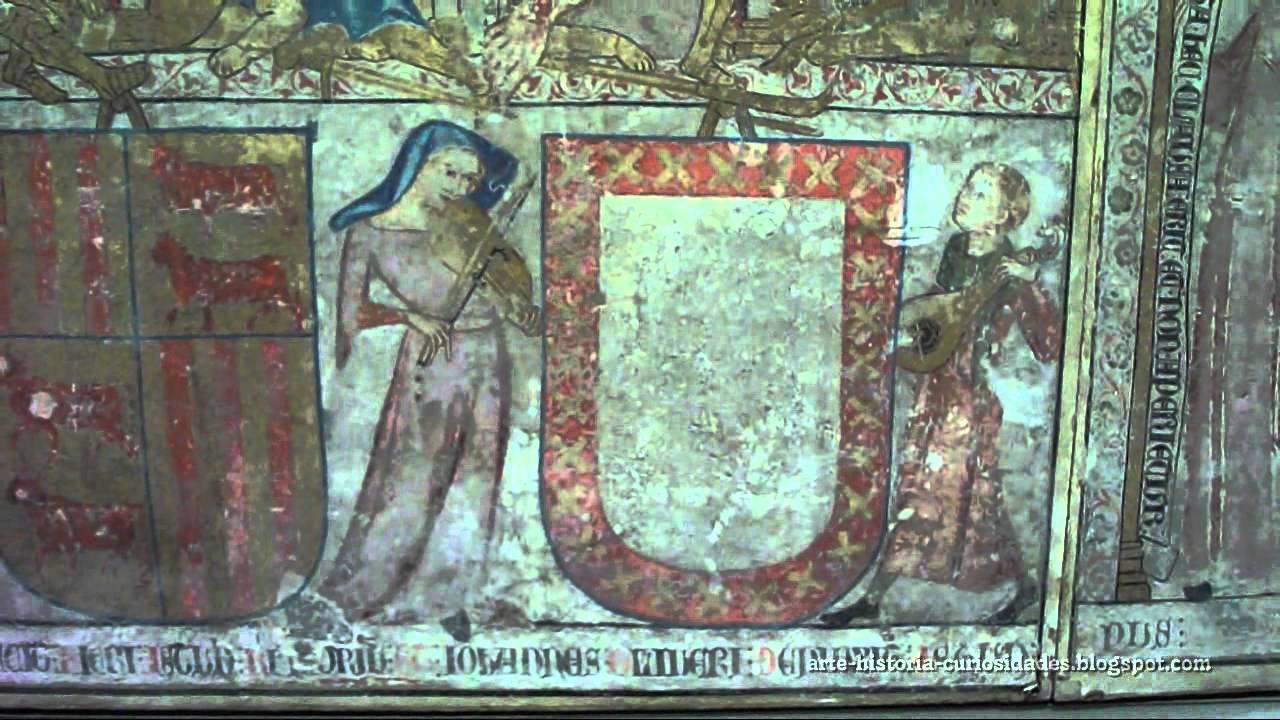