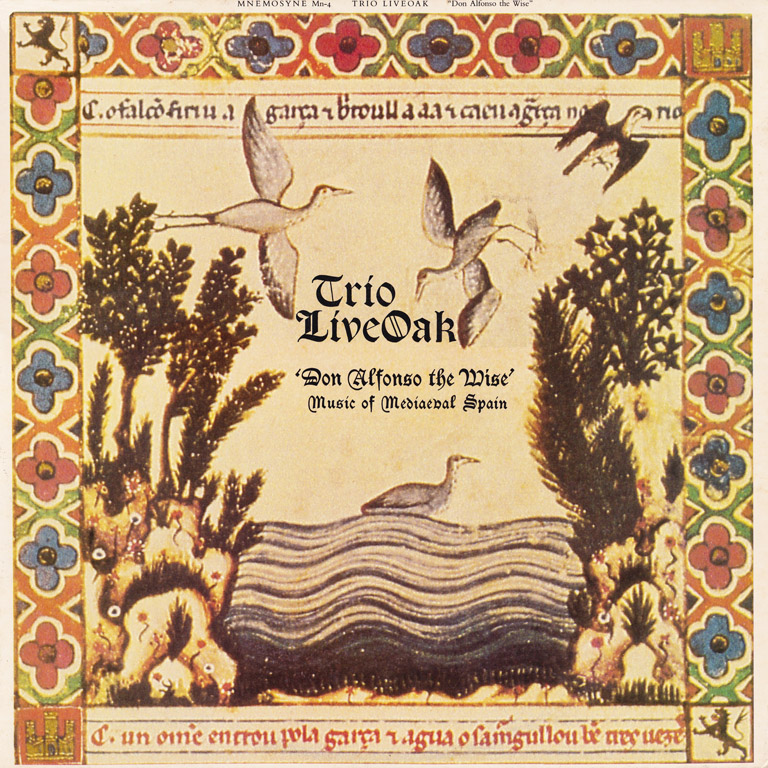 Recorded in November 1982 in the Great Hall of the Hammond Castle Museum in Gloucester, Massachusetts.
Special thanks to the museum for its help and cooperation. 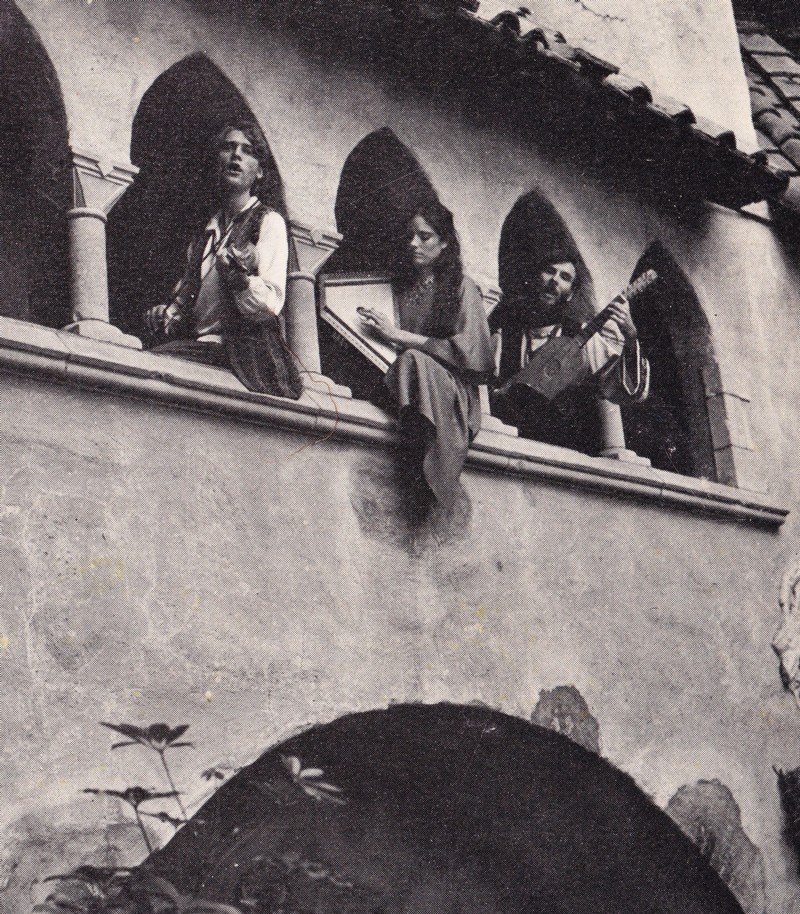 The trio first toured Europe in 1979 (“LiveOak is on the move!” The International Herald Tribune); during subsequent European tours, it performed in the IV Festival de Música Antiga de Barcelona, XX Festival de Música Religiosa de Cuenca, XIII Semana de Música de Cámara de Segovia, and the Utrecht Early Music Festival (part of the Holland Festival). The group, a member of the New England Touring Program, performs regularly in New England as well as throughout the United States. Live Oak made its Carnegie Recital Hall debut in 1981, and has two previous recordings: LiveOak Live (Encina 2037) and Star Shining on the Mountain (Mnemosyne Mn-2).

LiveOak takes its name from the non-deciduous oak, a symbol of revitalization. Edward Rothstein of The New York Times wrote about the group, “In music of the 13th century, the trio lived up to its name. . . . The players and singers not only revitalized the 700-year-old music, but they also gave it a youthful suppleness and mature solidity. . . . The eloquence of the players could not have been improved upon. . . This was not historical excavation; the trio presented a thriving musical organism.” 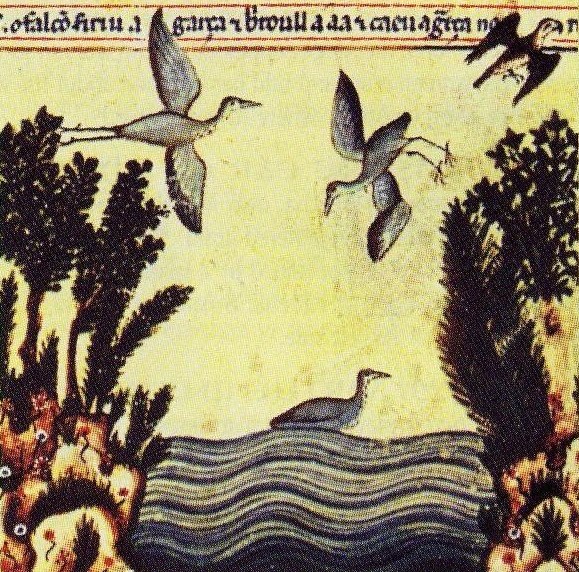 THE MUSIC of thirteenth-century Europe reflects a time of extensive change and contrast. The simple, rounded lines of Romanesque architecture were replaced by the fierce, brilliant architecture of the Gothic style, challenging the limits of thirteenth-century physics and mathematics in a dizzying heavenward thrust. Europe's earliest universities were born, among them the Sorbonne, which grew up around the great Notre Dame Cathedral in Paris. Marco Polo traversed the known world, bringing back tales from the mysterious East.
In the world of music, the Paris composers Leonin and Perotin paved the way for new musical forms like the motet, which would bring secular and religious factions into sharp contrast. The motet Vellut stellæ/Hypocritæ/Et gaudebit best illustrates the state of affairs with its contradictory texts to be sung at the same time: one extolls the virtues of the prelates of the church; while the other berates them for their hypocrisy, their decadence, and their “boozy orgies.” The mediæval motet (French mot = word) was based on a rhythmic modification of church plainsong over which new melody and text were composed. The texts were either sacred or secular. This very concept reveals the subtle but deep undermining of the mediæval church and its hold on society.
Not all forms of secularization were so devastating; the secular and religious worlds were sometimes brought together in the use of new and popular forms for a pious message. Such was the recounting of miracles attributed to the divine influence of Holy Mary, which provided countless hours of entertainment in courts and monasteries, and along the pilgrimage routes of mediæval Europe. Stories of the Virgin Mary were plentiful. Gautier de Coinci (c. 1177-1236), a monk at St. Medard de Soissons, spoke of “an embarrassment of riches” in selecting material for his collection of Miracles de Notre Dame.

On the faith of my soul, so many pleasing miracles of Our Lady do I find written that I know not the which to choose . . . even as he who seeks flowers and who sees all around him so many diverse ones — crimson, violet, yellow, and dark blue, that he knows not the which to pluck first.

Of Gautier's works we have chosen the beautiful sequence of praise, Royne Celestre, a song of contrasting tenderness and anguish.

Inspired by the work of Gautier, Alfonso X “The Wise” (1221-1284), King of Castile and Leon, compiled the Cantigas de Santa María, over 400 miracles and songs of praise to Holy Mary. In one manuscript, richly colored miniatures, six to a page, unfold their story to the reader's eye. In another, every tenth cantiga, being a song of praise to the Virgin, is preceded by a miniature depicting musicians playing instruments of the time, some of which we have used in this program: the gittern, the psaltery, the rebec, and the gaita.

The poems, which show a fascinating cross-section of mediæval life, are written in Gallego-Portuguese, the preferred language for poetry. Msr. Higini Angles, the twentieth-century editor of the Cantigas, finds a rare insight into period performance practice in the Coronación de Reyes y Ceremonias que en Ella Se Guardan (Codex El Escorial, sig. III, x. 3, f. 24v.). There appears in the manuscript a miniature with a description of the coronation of Alfonso VIII of Castile. Two doncellas (young women) are holding a page of music and singing. At their left another plays a vihuela, and at their right two more play cymbals as the king marches to the altar to be knighted a “Cavallero de Santiago.”

If polyphonic music was sung in Alfonso's chapel, then it probably included repertory found in the Códice Musical del Monasterio de Santa Maria la Real de Las Huelgas de Burgos (known as the Las Huelgas Codex). The monastery of Las Huelgas was founded around 1187 by Alfonso VIII of Castile and Eleanor of England and given to the Cistercian order. With strong patronage it quickly became an important center of musical performance and composition, as evidenced by the numerous works of one, two, and three parts that have survived from the twelfth and thirteenth centuries, some of which the nuns still sing there today.

Guiraut Riquier of Narbona (c. 1230-1292), called “the last of the troubadours,” spent ten years, from about 1270 to 1280, at the court of Alfonso X. His last poem, Be'm Degra de Chantar Tener (1292), is a bitter recounting of the life of one who has “come too late,&lrquo born into an age when courtly ways were no longer observed and the art of singing no longer respected. We have set this text to the melody of his first canso, Tant Mes Plazens. S'ieu Ja Trobat is a tribute to his good patron Alfonso X.

The universal themes of love and the celebration of spring are found in the anonymous Provençal balada, A L'Entrada del Tens Clar. They are echoed in the Norman cantilena rotunda (rondeau) spoken of by the Parisian theorist Johannes de Grocheo (c. 1300) and in the song and dance of the Breton Fest-noz, still a popular tradition today. 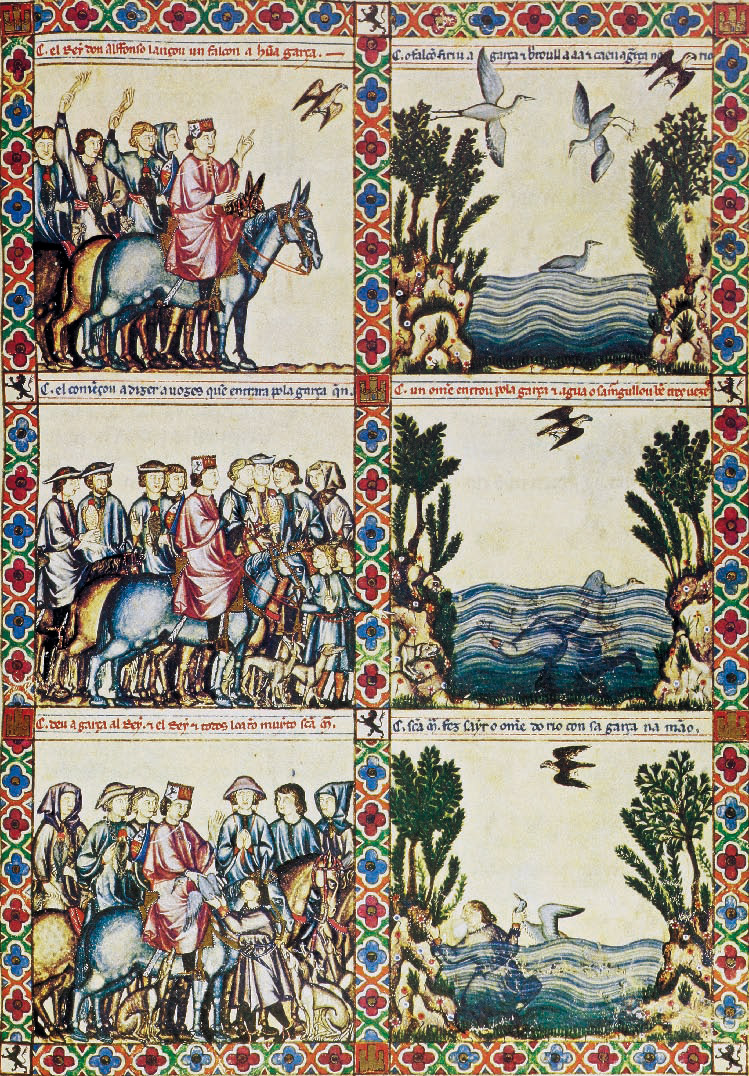