Recorded in the Mnehbi Palace,
in the heart of the Medina (old city) at Fès. Marocco

Cover, back cover, back inlay: photo B. Jonathan/SDP What are the Cantigas?
High among the many achievements of the Spanish King Alfonso X, called "El Sabio" — the Wise — (1221-1284) is the superb collection of more than 400 sacred songs to the Virgin Mary, the celebrated Cantigas de Santa Maria. King Alfonso's Cantigas are the most important examples of vernacular song from the Spanish Middle Ages; more than that, they are a summit of medieval Christian spirituality. They are preserved in several large and elaborate manuscripts prepared at the royal court; and while it is doubtful that the King composed all of the songs personally, it is clear that he was closely involved, emotionally and materially, in their compilation.

España es diferente
And yet, while the theological and literary center of these pieces — miracle ballads in their majority, interspersed with songs of praise to the Virgin — is intensely Christian, any attempt to perform them anew needs, I believe, to take into account the special, polycultural situation of medieval Spain. The cultural and artistic context of Spain in the thirteenth century was unmistakably mixed, with strong Muslim and Judaic influences present everywhere. Alfonso's court was a reflection of the general situation of Spain during this period. Calling himself "King of the three religions" the liberal-minded Alfonso surrounded himself with scholars and artists of all faiths. The illuminated miniatures in the most elaborate of the Cantigas manuscripts bear witness to intense cross-cultural interaction: musicians in typicolly Christian, Islamic, and Jewish garb are shown performing their instruments; light-skinned and dark-skinned musicians make music together. And many of the instruments in Europe are still-current in the Muslim world of North Africa.

It is for these reasons that our performances of Alfonso's Cantigas attempt to integrate certain musical elements, and musicians, whose points of reference lie outside the mainstream of Western "classical" music.

A cross-cultural experiment
While we can never be sure exactly how the musicians at King Alfonso's court might have interpreted these songs, we have everything to gain in our hypothefical reconstructions by calling on musical traditions currently outside, but once closely related European musical practice. Accordingly, we have asked an outstanding ensemble of current Moroccan masters to supply accompaniments to the vocal lines set out in the manuscript pages, using the instruments they currently employ in their own repertoire. These instruments ore, in many cases (lute, canun, percussion) virtually the same as those shown in the medieval manuscript, or, in the case of the Moroccan violin and viola, closely related thereto.

Furthermore, the possible relationship between Arab musical art and the musical medieval Spain goes far beyond the queston of instrumental morphology. The classical Arab music of North Africa is called "Andalusian music", and its contemporary practitioners are conscious of perpetuating a system of musical thought and practice which is traced back to the Muslim courts of medieval Spain. Four hundred years after the "reunification" of Spain under a Christian Kingdom, the once-closely-related traditions of Christian and Muslim Spain have, inevitably, grown apart. But what is astonishing to the "occidental" student of Arab classical music is how much the current tradition contains that is self-evidently very ancient. The modes of Andalusian music as played today in Morocco are very similar to those employed in the European Middle Ages. The exotic microtones associated with "oriental" music in the Western imagination are absent from this classically-codified musical system. The scales are composed, like Gregorian chant, of tones and semitones arranged in different patterns according to the mode. Thus, the practitioner of the Arabo-andalusian repedoire can assimilate the melodies of the Cantigas to his own instrument or voice with litle disruption, and even with delectation. And, as we happily discovered during the weeks of preparatory collaboration, many melodic elements found in the Cantigas are still employed in Arabo-andalusian music. The Arabo-Andalusian pieces that serve as preludes and postludes to the Cantigas on this recording were chosen for their intrinsic beauty first of all, but also for their musical kinship with certain Cantigas melodies. The musical modes of these arabic pieces are the same as those of the Cantigas that preced or follow, and while they at no point replicate the medieval European melodies note-for-note, you will hear any number of musical motifs and patterns in the Arabic pieces that can be perceived as variants, or first cousins, to motifs in the Cantigas tunes.

How were the Cantigas sung?
Unlike the musical accompaniments, which are not notated in the Cantigas manuscript and which need to be re-imagined anew, the melodies are clearly set out in the medieval source. While the intervallic relationships and (to a somewhat lesser extent) the rhythms are clearly exposed in the original notation, the questions of stylistic nuance and interpretation are not. And in fact, given the heterogeneous makeup of King Alfonso's court (the King hinself was half German!), a broad range of options and singing styles may have been available, as it is today in vital and diverse "crossroads" centers like New York or Marseille. We have therefore recruited accomplished vocal soloists from a variety of backgrounds. All of our singers have Mediterranean roots — Occitanian, Spanish, Kabyle, Arabic, and Judeo-Berber — and all the women soloists have sung Cantigas and other medieval repertoires prior to coming together for this project. But we have tried, while creating a unitary framework, to allow for and encourage the diversity inherent both in our selection of soloists and (we believe) in the song repertoire itself. We have also chosen to perform several of these Cantigas as unaccompanied solos, echoing in this practice certain deep-rooted traditions of sacred song in both the Christian and Islamic traditions.

The preparation of these Cantigas has been a large undertaking, as exhilarating and passionate in its human interactions as it has been on the scholarly and musical front.Special thanks are due Erato Disques, Paris, for their courage and foresight in supporting this project. In proceding as we have done, have we reproduced the music of Alfonso's thirteenth-century court in every detail? No, for that task is clearly impossible for us, or for anyone else. On the other hand, have we perhaps come closer to the spirit of the Cantigas, and to that extraordinary, humane, and convivial moment of our collective past? Such is our wish as we send this beautiful music forth into the world, and to you. 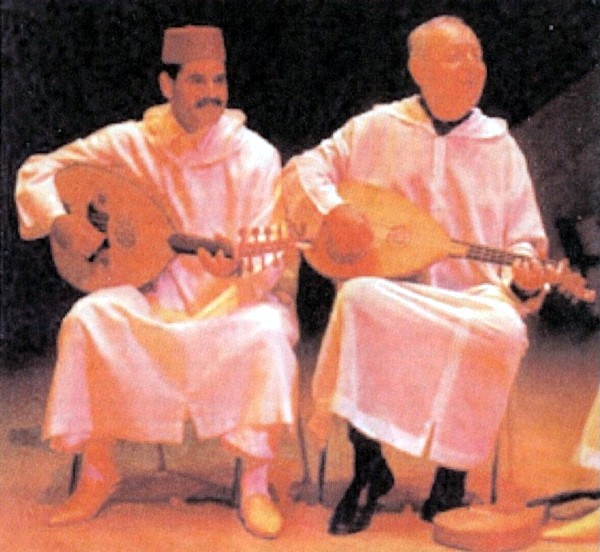 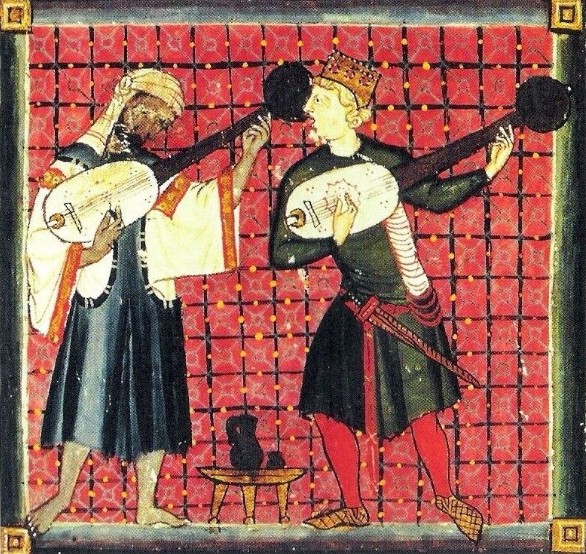