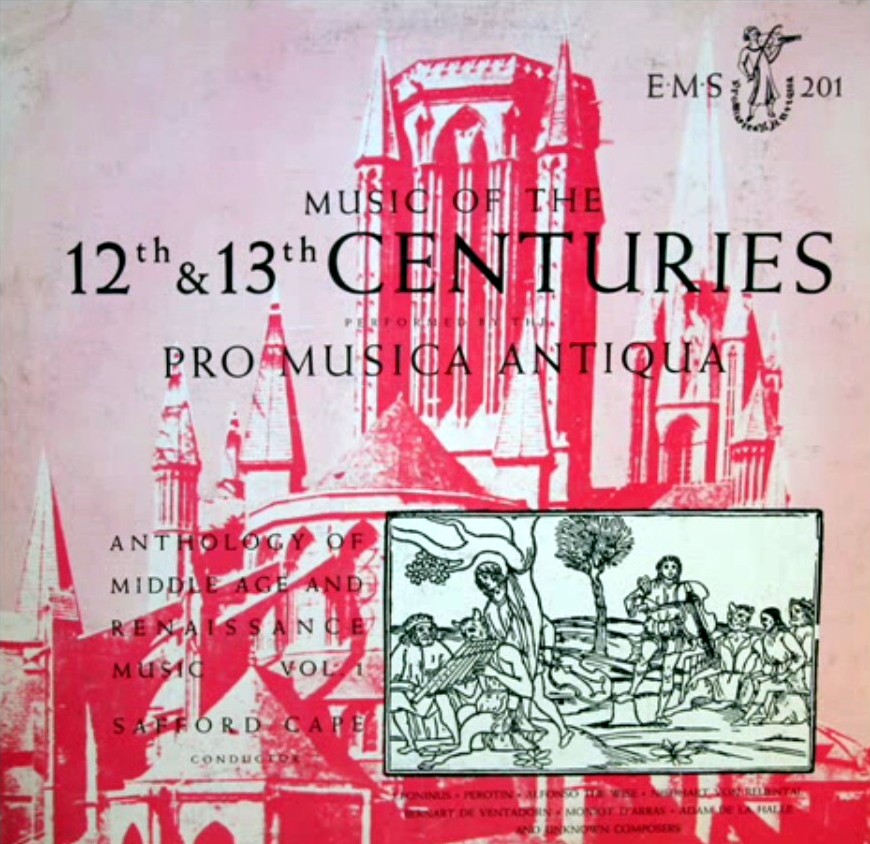 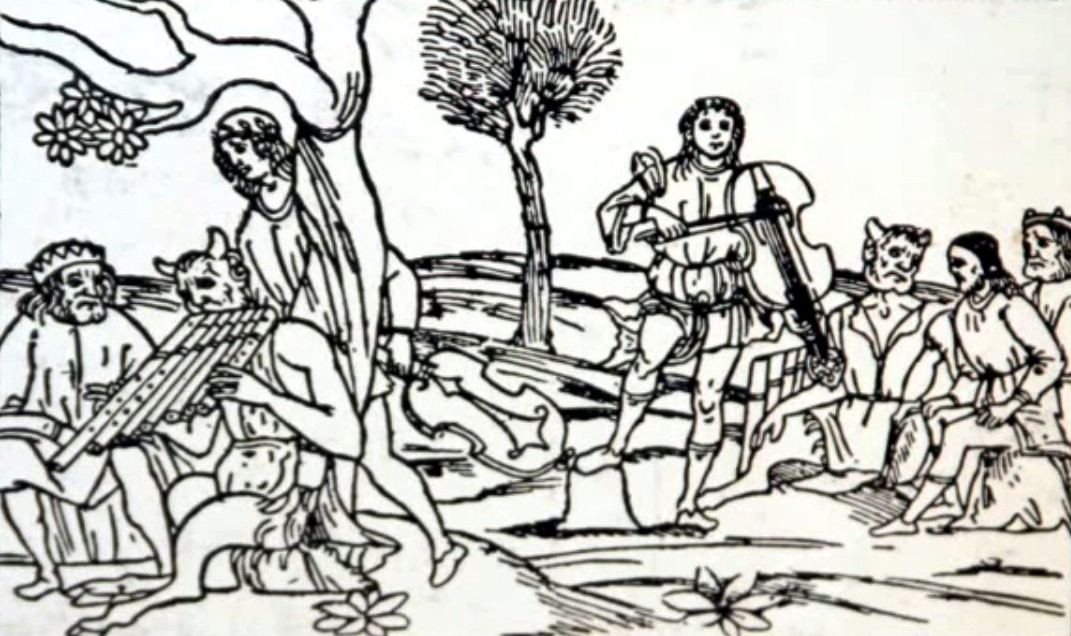 The music of the twelfth and thirteenth centuries is an aspect of the first great flowering of Western civilisation, and is part of the creative outburst which gave virth ti the Romanesque and Gothic Cathedrals, the narrative, satiric or poetic masterworks of mediaeval literature, the philosophy of St, Thomas Aquinas and St. Bonaventure, and, in the field of social development, the passage from serfdom to the modern conception of freedom, inspired and led by men like St. Francis of Assisi and St. Dominic. Like the others arts, music found the forms best adapted to the active role it eas called upon to play in mediaeval life, and reached a richness and diversity of perfection equal, if not superior, to that of preceding centuries.

The Church had the privilege of fathering, from about the eleventh to the end of the thirteen century, the first great polyphonic form created by our civilization, the Organum, so called probably because it represents combined and "organized" part-music. From the Organum were derived the Motet and the Conductus, the two latter forms being either sacred or secular. Paris was the great center form which polyphony spread over Europe and to the British Isles, although the latter has a method of their own, in which thirds (a dissonant interval at the time on the Continent) were used to a large extent.

Music consisting of nothing but a melody, without harmony or counterpoint (called monody), played a role of prime importance in the twelfth and thirteenth centuries, as it probably has since the beginnings of humanity (whereas what we call polyphony is a creation of our Western civilization). In Southern France, influenced by the song of the Church and perhaps by the Arabs, art-song composers, most of whom were nobles, appear at the end of the eleventh century. They are called Troubadours, from a Provençal word primarily meaning "maker of tropes" (a kind of liturgical poetry). The influence of these composers was first felt in Spain, Portugal and Italy, and extended, in the twelfth and thirteen centuries to Northern France, where such composers were designated by the same name as in the South, which in Northern French was Trouvère. The movement spread to Germany, and many Minnesanger (Singers of love) as the German song-composers were called, left beautiful works. As to England, it would seem that she depended principally on French Troubadours and Trouvères for her monody.

Besides the intricate polyphonic forms and the highly refined monodic ones, a third world of music was governed by the Minstrels, or popular musicians and composers. These gave especial attention to dances. Their works, not so highly prized as those of their learned brethren, were generally not written down. Fortunately, however, those that were are sufficient to give us an excellent idea of minstrel music.

LEONINUS, PEROTINUS. Of these, the two great masters of Organum, absolutely nothing is known, excepting that they were connected with the metropolitan church Notre Dome de Paris, that Leoninus preceded Perotinus, who died some time between 1200 and 1240.

ALFONSO X, the Wise, King of Castile, and Leon (d. 1284). A great student and patron of literature, music and science.

BERNART de VENTADORN (1130-1195), a troubadour, was the son of o servant at the castle of Ventadorn, in the French province of Limousin. It is said that he become enamoured of the young Viscountess of Ventador, and so was banished by the Vicomte. He entered into the service of Eleanor of Aquitaine, later wife of Henry II of England, and visited the English Court.

MONIOT d'ARRAS (13th century). Belonged to the circle of minstrels of Arras, in Northern France. Arras was the seat of o famous confraternity, the "Charity of the Ardents," which commemorated the miracle of the Holy Candle -- about 1100, the city had been delivered from the pest ("mal des ardents") by the Virgin Mary, who appeared to two minstrels. At the end of the century, 182 minstrels belonged to the confraternity, which did much to put its members in a privileged position.

ADAM de la HALLE (d. 1287-88). Born in Arras. After having gone through the usual studies to become a "clerc" lettered man), he fell in love with Moroie, and married her. Shortly after, he completed his studios in Paris, and returned to Arras where he lived as a minstrel until a fraudiulous fiscal undertaking, in which he was compromised, obliged him to leave Arras for Douai. The storm over, he was engaged by the nephew of the King of France St Louis, Robert II of Artois, whom he eventually accompanied to Italy. He died at the age of 47.

NEIDHART von REUENTAL (beginning of the 13th century) a Minnesinger Bavarian by birth, he lived in Austria. He took part in the Crusades, and was present at the siege of Damietta in 1211. 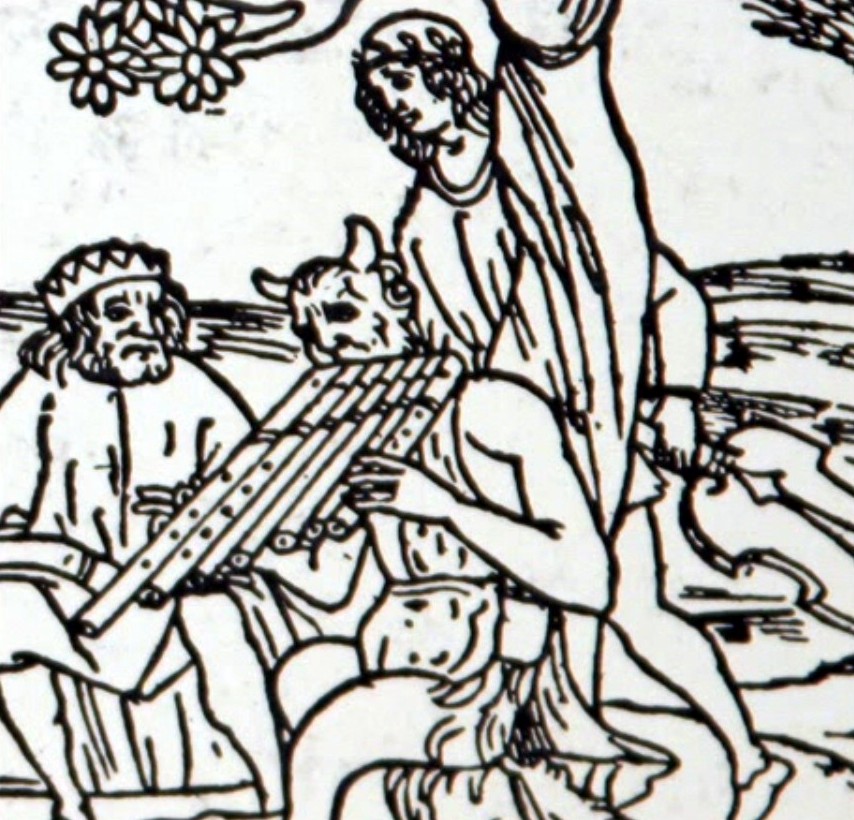