Yorvox
Students of the University of York

The centre of what the Scottish Tourist Board likes today to call the ‘Kingdom of Fife’ is the town of St Andrews. Now famed as much for its golf courses as for the striking location of the cathedral and Bishop’s castle, in the Middle Ages it was a city at the centre of the diocese that extended from the Tay to the Tweed, and its bishop was the foremost ecclesiastic in Scotland. By the twelfth century, the city could boast a community of Augustinian canons, and by the thirteenth a cathedral in the modern Gothic style next to which the Bishop built an imposing castle that housed his palace and chapel. The cathedral was initially blighted by a series of natural disasters (surely exacerbated by inadequate building practices), and although construction (which had started in 1160) was sufficiently complete to render the building usable by around 1230 the cathedral was not consecrated until 1318.

Despite liturgical traditions steeped in Celtic history, the early ecclesiastic inhabitants of St Andrews - the culdees - were loosely affiliated to Rome, and like most of the British Isles, the cathedral and its diocese by around 1200 used a ceremonial dialect based to a large degree on that of the York/Sarum rite. The rituals, texts and music of the eight Offices and Mass were celebrated in a form that would not have been unfamiliar to a pilgrim who hailed from York, Exeter or Norwich. But there were strong links with the Continental mainland, with the bishops almost exclusively coming from Norman families. It should therefore come as no surprise to find that St Andrews is the original home of a manuscript of polyphonic music whose contents originated in Paris.

The repertory of two-part compositions for the Mass and Office that were apparently composed around and probably for the Cathedral church of Notre-Dame in Paris is well known. The cycles of graduals, alleluyas and responsories - called by one late thirteenth-century theorist the Magnus liber organi - is indissolubly associated with the name of the composer - and perhaps poet - Leoninus. It is usually assumed that the creation of this repertory was accomplished in the last third of the twelfth century, and perhaps a little after 1200. Red Byrd has recorded two discs of Mass and Office music from this repertory (‘Magister Leoninus: Sacred Music from 12th-century Paris’, volumes 1 and 2, Hyperion CDA66944 and CDA67289).

While the principal source for the Magnus liber organi was copied in Paris around 1250 (now in the Medicean Library in Florence), an equally important source (now in the Ducal Library in Wolfenbüttel) was almost certainly copied in St Andrews, and possibly a decade or so before the Florence manuscript. The evidence of the manuscript - it has been called W1 for decades - is the addition of two organa, unknown in the Parisian repertory but written in a passable imitation of it, for St Andrew, ‘Vir iste’ and ‘Vir perfecte’. It seems that someone in the familia of the last Norman Bishop of St Andrews, Guillaume Mauvoisin (bishop from 1200 to 1239), accompanied the bishop on one of his frequent Continental journeys and brought back copies of the fashionably new Parisian music that served as the basis for W1. That the music was performed locally is attested by the differences between the music in W1 and that in Parisian sources. And an enterprising local musician wrote a couple of responsories in imitation of Parisian practice in honour of the cathedral’s patron saint, St Andrew.

But it could be argued that the most interesting part of the music in W1 are the pieces found in the so-called eleventh fascicle. These are works probably composed in St Andrews in a local style and reflecting the pan-national enthusiasm for the Lady Mass. Well before the thirteenth century, the Lady Mass had become established as one of the principal ceremonies in the liturgical week, and by the thirteenth century was celebrated daily, often in a chapel specially dedicated to the Virgin Mary (the Lady Chapel); St Andrews had just such a space. The works in the eleventh fascicle of W1 are remarkable both for their liturgical idiosyncrasy and for their musical style.

Musical traditions in Paris were to set the solo sections of responsorial chants; this meant that the Magnus liber organi consisted of settings of graduals and alleluyas for the Mass and responsories for Matins and Vespers. This is the repertory copied into W1, one assumes, at the behest of a member of Mauvoisin’s entourage. Local practices north of the Firth of Forth were much less specific. The eleventh fascicle of W1 consists of troped Ordinary items for the Mass (Kyrie, Gloria, Sanctus and Agnus Dei), tracts, sequences, offertories and other Proper items; there are no graduals, and the only point of overlap with the Parisian repertory is the alleluya.

Musical style differs radically between the Parisian and local parts of W1. The Parisian style of the Magnus liber organi is characterized by the careful combination of plainsong, sustained-tone organum (where the lower of the two parts is disposed in very long values and underpins a florid upper voice), discantus (where both voices move in a note-against-note measured counterpoint) and copula (which falls somewhere between the two). The music in the eleventh fascicle of W1 is largely written in a note-against-note style with the Parisian sustained-tone style much rarer and often reserved for cadential passages (the Gloria Per precem is an example). Whether the note-against-note counterpoint is measured in the same way as Parisian discantus or whether it is to be performed more freely in the manner of the contemporary conductus repertory is an open question. The St Andrews style is simpler, more direct and - it might be argued - more accessible to the modern ear.

Although quite definitely not a liturgical reconstruction of a Lady Mass in St Andrews around 1230 or so, the repertory on this disc well reflects the liturgical inclusiveness of the musical culture that the cathedral engendered and that is to be found in W1. Rex, virginum amator, a troped Kyrie, is followed by the troped Gloria Per precem. Missus Gabriel and Hodierne lux are sequences, and further troped items are the Sanctus settings Mater mitis and Voce vita and the Agnus Dei Factus homo. This recording also includes two monophonic troped Ordinary items from the tenth fascicle of W1, Christe ierarchia and Archetipi mundi; these last two works give a sense of the intellectual hothouse that the cathedral and its environs must have represented: the texts of both are stuffed full of subtle allusion and display a learnedness that extends to Greek.

It seems likely that performances of the St Andrews music were restricted to a couple of soloists with the schola participating only in those parts of the plainsong that were not set in polyphony. The same applies to the monophonic tropes, but there the balance between soloist and chorus is much more even. 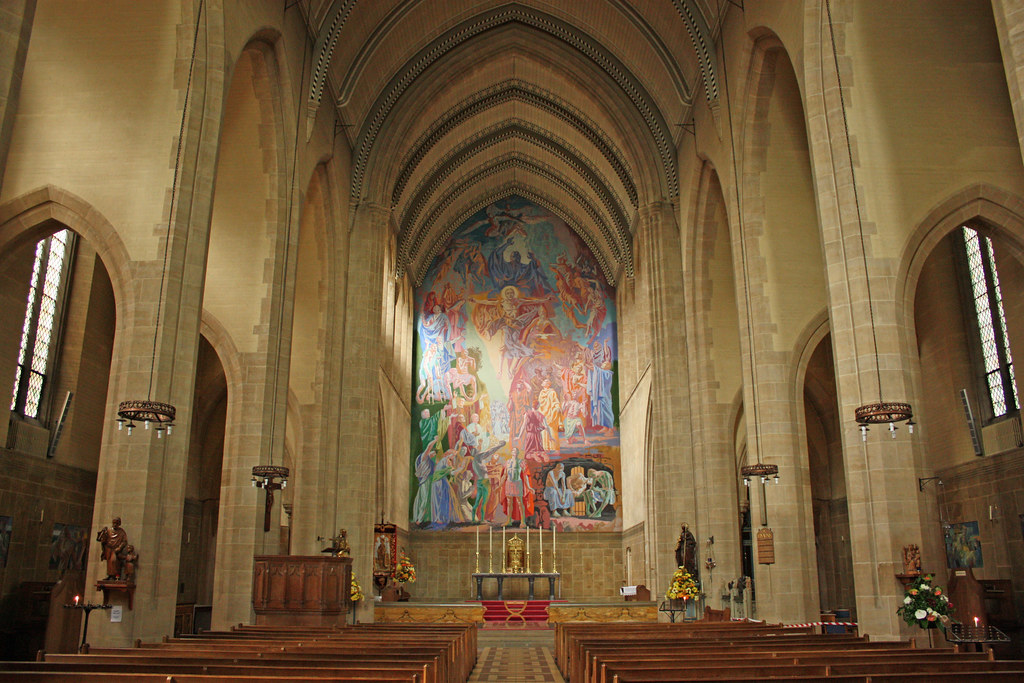