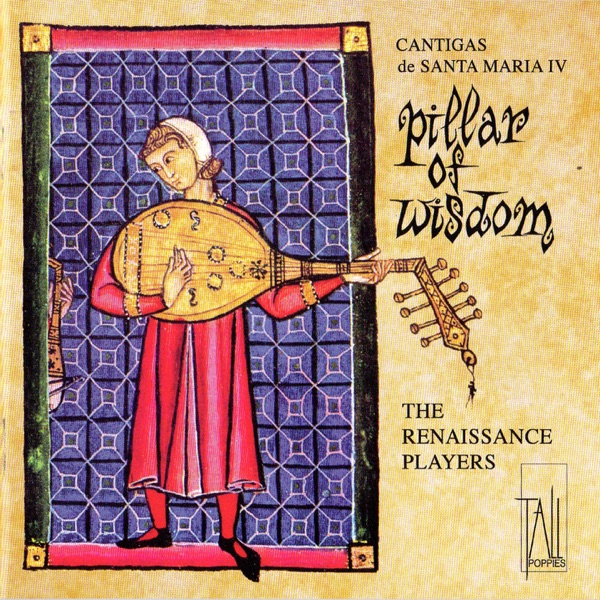 Give therefore thy servant an understanding heart to judge thy people, that I may discern between good and bad: for who is able to judge this thy so great a people?


"... in the manner of David, in order to make known publicly the glorious Virgin, he composed many very beautiful cantilenas regularly measured with appropriate words and related melodies."


Juan Gil de Zamora, poet, musician and collaborator with Alfonso X in the compilation of the Cantigas de Santa Maria

Ferdinand III, the father of Alfonso X, was considered by his contemporaries to be a capable and pious man. Although he was not canonised till 1671, during his long reign from 1217 to 1252 he was named "el Santo" in recognition of his unique achievements. He governed his expanding kingdom with a wise and firm hand, keeping loyal to his truces and dealing with terrifying brutality towards those who broke truces or acted dishonestly. By 13th century standards this brutality was deemed fair dealing. Even though the Muslims were considered "infidels" to be dislodged from rule, Ferdinand nevertheless recognised the value of Islamic intellectual and artistic achievements and encouraged others to study that culture vigorously. Despite papal instructions he also refused to compel his Jewish subjects to wear distinctive clothing (as both they and Christians were forced to do under some Muslim rulers).

His son, Alfonso X "el Sabio", inherited not only a great deal of unfinished business but also certain of his father's traits of character — including a commitment to his kingdom and the Christian Church, a strong sense of history, tenacity of purpose, enthusiasm for planning and executing great enterprises and, most particularly, an interest in scholarship and a willingness to continue to personally share in the intellectual life of his Christian, Jewish and Muslim subjects.

His impartial tolerance towards all the so-called "Peoples of the Book" was manifested by his involvement with them as scholars, poets, musicians, politicians, translators and so on, despite the prohibitions and allowances he set out in the two books of law — De los judios and De los moros — which dealt specifically with Jews and Muslims. These two books were part of the Siete Partidas (the seven books of law), a vast juridical collaborative work overseen by Alfonso, its architect, by which he aimed to bring the laws and customs of Castile into an equitable uniformity due to the presence therein of people of many origins, with long-established customs and political histories. Like his father, Alfonso is not known to have rigidly enforced the restrictive aspects of some of these laws regarding Jews and Muslims. Indeed, at his courts Alfonso employed Jews and Muslims in positions of power and authority even over Christians. In addition, in the terms of these laws,
he was tolerant of Jewish economic livelihood and of Jewish religious practice (granting protection of the synagogue, recognition of the Jewish Sabbath and proscriptions against forced conversions). On the other hand, the laws regarding Muslims reveal a mixture of religious antipathy and political fear as Muslims continued to be regarded as a ubiquitous threat to the political designs of the Christian rulers. It would thus seem that Alfonso's overall concerns, not only in his laws, but even more so in the practice of his own affairs, were for appeasement blended with, for his time, justice and tolerance in allowing certain Jewish and Muslim customs and practices to endure.

As there are several cantigas in this CD collection whose texts deal with the somewhat biased aspects of religious hostility — namely, A madre do que livrou (C.4), Gran dereit e que fill'o demo (C.34) and Mais non faz Santa Maria (C.3) — some explanations would be useful to further consider Alfonso's religious and cultural attitudes and involvements. As Angus Mackay points out, under Alfonso's guidance such cantigas as these present what is now termed an "optimistic view" of Jews. As already mentioned above, in his Siete Partidas Alfonso makes clear the laws regarding his Jewish subjects. They should be allowed to live peacefully amongst the Christians:

" ... observing their Law and not denigrating anything about the faith ... observed by Christians."

Furthermore, no Christians should take the law into their own hands, as this is the King's business:

"Force and violence should not in any way be used on any Jew in order to convert him to Christianity ... for Christ does not want or love any service which is done on his behalf by force."

A central rabbinic authority was created in Castile to facilitate disputes or acts of misbehaviour in order to represent Jewish subjects before the king. During Alfonso's reign this position was held by Rabbi Todros ben Joseph Halevi Abulafia (c. 1220-1298) from an eminent aristocratic Jewish family in Toledo.

The king's attitude (quoted above) — if not the actual texts of the relevant cantigas — makes some sense in the light of Castilian history of the 12th and 13th centuries when Jewish scholars worked as ambassadors and diplomats for kings and princes and also, due to their linguistic prowess, acted as mediators between Christian and Muslim scholars with whom they worked in translating, and thus transmitting into Europe,
ancient Arabic and Greek learning. Through their command of Arabic they assisted in translating into Latin various ancient treatises on medicine, astrology, astronomy, alchemy and geomancy. For example, Mackay refers to the
Jewish scholar Ibn Daud — "israelita philosophus" — who translated Arabic texts into Castilian which his Christian collaborator, the archdeacon Domingo Gonzales, translated into Latin. This sort of collaboration continued in the scholarly, scientific translations that flowed in the profuse intellectual output at Alfonso's courts from other Jewish scholars such as Rabbi Judah ben Moses ha-Kohen (physician), Abraham Alfaquim and Rabbi Isaac ibn Zadek (astronomers) translating from Arabic into Castilian.

Under Alfonso's close supervision and guidance, his teams of Christian, Muslim and Jewish scholars produced a great outpouring of scientific, historical, philosophical and artistic books (including books of games).

Besides these massive achievements the most significant creative output from his team of collaborators was the unique and prolific collection of cantigas de Santa Maria. In his time, no other poet or sponsor of poets achieved greater prestige or produced as many poems as Alfonso X.

He organised a team of theologians, scholars, poets and scribes to collect together stories about miracles performed by the Virgin Mary, to devise hymns of praise, give them all poetic shape, choose suitable (or compose new) melodies for each, and copy them out with extremely lavish illumination into a carefully designed format. The implementation of the codex as a whole was intended as an act of homage and a physical reminder
of the beatitude of the Virgin Mary who acts as a merciful intermediatrix between mankind and Christ her Son. The mammoth task of collecting, newly creating and organising the 427 songs, which included those in praise of the Virgin Mary (cantigas de loor) and those describing miracles she performed (cantigas de miragre), took over 40 years.

The pictorial illuminations in three of the four surviving manuscripts of cantigas de Santa Maria reveal detailed visual information about some aspects of the matters discussed above. In chronological order, the three sources with miniatures are:

The illustrations show the king in various roles: performing and/or directing as a musician with other Christian, Muslim and Jewish musicians (all of whom the illustrator makes identifiable via physical features — dress, furniture
and surroundings); involved in formal, governing or disputative court gatherings; joined in hostile or friendly battle (with Christians and Muslims, not Jews); and seated playing board games (chess or checkers). Other illustrations, particularly the "comic book" sequences, depict the events of a cantiga involving individual malefactors or repenters, or religious scenes involving Mary, Jesus, God, angels and so on.

Unless otherwise stated, all transcriptions of music and text relate to El Escorial manuscript, b.1.2. Each of the CDs in this series contains ten items, to maintain the decimal quality of Alfonso's groupings, though in a different disposition of cantigas de loor and de miragre.

Only one of the cantigas de loor here is performed with the refrain after each stanza (a performance pattern established earlier in this CD series). In the cantigas de miragre the refrains are sung only at the beginning and the end to maintain a text flow.

A variety of musical textures has been devised to suggest different ways in which these songs may have been performed. The full range of such textures in our arrangements is available only across the series rather than within each CD, although with each CD we have tried to provide contrasts in a cohesive whole.

The original melodies of all the cantigas on this CD are structured as virelais, with various modifications on a general A1 A2 b1 b2 a A1 A2 circular format.

The recording has been organised to reproduce the acoustical ambiance of a large, stone church as a fitting venue for dedication of these praises.

Once again we acknowledge our huge debt to the inspirational research of many scholars such as Walter Mettman, José Filgueira Valverde, Joseph Snow, John Keller, Peter Dronke, Mary Carruthers and Kathleen Kulp Hill (who so graciously gave permission for use of her translations). None of this would have been possible in the initial stages without Dr John Stevenson who supplied us with our first Englished texts.

This CD is dedicated to Dr Kathleen Kulp Hill who has with generous enthusiasm supplied us with her translations of the Galician-Portuguese poetic texts since this recording project started.