Medieval Spain had two famous places of pilgrimage: Santiago de Compostella and Santa Maria de Montserrat. Situated on a cleft mountain peak near Barcelona, the monastery of Montserrat was the center of devotion for the Virgin Mary for all of Catalonia

The monastery of Montserrat was founded ca. 1025 as a branch of the Benedictine monastery of Ripoll. Legend tells us that the Virgin Mary performed miracles there which explains the fact that the mountain had been inhabited by hermits as early as the end of the ninth century. During this time the mountain was reconquered from the Saracens and conveyed to the monastery of Ripoll by the counts Wifredo and Suner. The monastery of Santa Maria de Montserrat originated out of one of the hermitages. A large number of pilgrims went there, mainly because of their belief in the wonder-working power of the black statue of the Virgin Mary which was put up around the year 1200. The monastery was also a cultural center of the first order: some of the monks had studied at far away universities like Paris or Bologna. Clerics from noble Spanish families, mostly from Catalonia, represented the aristocracy in Montserrat through their celebration of daily Masses.

This is how Montserrat became the spiritual, cultural and political center of Catalonia.

With the conquests of the Catalan-Aragonese crown, Montserrat became "famous" worldwide: Churches were built in honour of the Virgin of Montserrat in Mexico, Chile and Peru. In the colonies, islands and settlements were named after her. After the almost complete devastation of the monastery by Napoleon in 1811, Montserrat regained its former significance only during the Catalonian "Renaixença" at the end of the 19th century. 
The most precious treasure from the library at Montserrat is a codex from the late 14th century, the 'Llibre Vermell' or 'Red Book'. The manuscript is named after its red velvet cover which stems from the late 19th century. 35 of the original 172 sheets in folio of this manuscript are lost today. Besides various other contents, mainly for liturgical use, one of the fascicles of the Llibre Vermeil (folio 21v-27r) contains ten musical works (notated during the years 1396-1399).


The anonymous scribe explains the intended function of the pieces which were copied by him:

As it happens that the pilgrims, while holding night vigil in the church of the Blessed Virgin from Montserrat, sometimes desire to sing and to dance, and even so during the day on the Church Square, where only virtuous and pious songs may be sung, some suitable songs have been written down here for this need. These should be used in a respectful and moderate manner, so as not to disturb those who wish to continue their prayers and religious contemplations.

Since the monastery of Montserrat did not have a pilgrims hostel, the visitors spent the night in the church, thus rearranging the liturgical room into a hostel. The songs of the Llibre Vermell were meant to replace the traditional secular songs and dances performed by the celebrating pilgrims during the night vigil. Fitting to this task, the Cants dels Romeus, the songs of the pilgrims, have a popular tone. Some Spanish traditional melodies were probably also used, but their original lyrics were substituted by religious texts which should communicate essential points of the Christian doctrine of salvation to the faithful. The erudite and well-travelled monks from Montserrat also combined musical influences from different European regions. They created a unique amalgamation of simple Spanish folk melodies and complex, courtly compositional techniques from Italy and France, maybe with the help of musicians from the internationally composed royal chapel of Aragon. Perhap individual pieces already existed as courtly songs and were provided with religious lyrics by the monks.

The opening choral O virgo splendens (tracks 1 & 11) seems to be a liturgical chant but is, in reality it a skilful 'composition' from different textual and musical sources, amongst others the antiphon O virgo visa. The melodic structure allows it to be performed as a two- or three-voice canon. The same is true for Laudemus virginem (track 2) and Splendens ceptigera (track 3). The title of caça, common to all of these pieces, shows their relationship with the French chasse and the Italian caccia.

The two-part Stella splendens (track 8) cites from the lyrics of the opening O virgo splendens. The two-voice structure, notation and text structure of this virelais dearly show influences of the French Ars Nova.

In our performance, we use two similar chants from the monastery of Ripoll as instrumental interludes: the two-part conductus Cedit frigus (tracks 4 & 12) and the Salve virgo regia (track 3). Stella splendens is introduced by an instrumental prelude, in which the melodies of the six Cantigas de Santa Maria (approx. 1300) describing the miracles of the Virgin of  Montserrat are used (track 8).
The songs Stella splendens, Los set gotxs and Polorum regina are explicitly titled as round dances in the manuscript. Ad mortem festinamus tells us through its text that is a death dance.

Many medieval documents — especially  from Spain and Southern France — tell us about dances in church and during liturgical service.

The unrestrained dances in church, which were sometimes accompanied by the fiddles and shawms of jugglers and minstrels, led to prohibitions and restrictions by the Church. In the year 1209 the Council at Avignon decided:

We decide, that during the night vigils for the Saints, the minstrels should neither perform dances with obscene movements in the churches, nor should love-songs and similar chants be performed.

Los set gotxs (track 9) is the first extant song in the Catalan language; the form of the text is similar to the Provençal balada.

Polorum regina (track 5) and Cuncti simus concanentes (track 13) are both virelais in terms of their form. The melody of Polorum regina is still cited in 1577 by the Spanish music scholar Salinas as the folk song Yo me yva mi madre.

Mariam matrem (track 6), a virelais with a texted melody and two accompanying voices without text, and the double-texted Imperayntz / Verges ses par (tracks 7 & 14) follow the style of the French Ars Nova. "Sarband is certainly the most original Ensemble in Early Music."
—Neue Musikzeitung

The name Sarband stems from Persian and Arabic, and denotes the improvised joining of two parts of a musical suite. Vladimir Ivanoff founded the ensemble Sarband in 1986 and has been pursuing an archaeology of complex connections ever since. Above all, Sarband endeavors to point out possible links between European music and the Islamic and Jewish musical cultures. With sensitivity and intensity, Sarband celebrates the symbiosis of Orient and Occident. The continuous musical collaboration among the members of the ensemble ensures that a dialogue on equal terms is maintained. It is the exchange of practical musical experience between musicians from different cultures that make the performances of Sarband fascinating, lively and extremely authentic.

In their performance of European and Oriental medieval music, the Turkish, Italian, English, Bulgarian, Arab and German musicians participating in this project draw upon the colorful palette of instruments, vocal and instrumental techniques and the art of improvisation which are still to be found in Islamic culture today. Sarband's unique repertoire has won them wide acclaim internationally. Over the past few years Sarband has performed at numerous international festivals of varying orientations ranging from Early Music to Avant-garde.

Sarband's musicians do not regard their work as something sporadic but as an expression of being and life. Just as religious, economic, cultural and political differences between the Orient and the Occident play a predominant role in today's society, Sarband's work endeavors to show that music has always served t a medium of reciprocal respect, and can continue to do so today: a model for peace. Vladimir Ivanoff, founder and director of Sarband, was born in Bulgaria, studied lute and historical performance practice at the Schola Cantorum Basiliensis, and received his doctorate in musicology in Munich.

ha his musical and musicological careers Vladimir Ivanoff has been passionately dedicated to exploring and illuminating the cultural threads between the Eastern and Westem Worlds. He has been particularly active in bringing to light the cultural influences of Turkish and Arabic music on Westem medieval music both through the contacts surrounding the Crusades and mingling of cultures in Spain before 1492. This quest has led him to work actively with traditional musicians from Turkey and Lebanon in the evolution of a vibrant and revelatory style for the performance of medieval music including repertoire from Eastern Europe, music of the Sephardic Jews, Spanish sacred music and more. He has trained in percussion with a number of traditional musicians.

In addition to his work with Sarband, Vladimir Ivanoff is the director of several other ensembles including "Vox", "L'Orient Imaginaire" and "Metamorphoses." He has concertized widely and been involved in theatrical projects, radio, television and CD production all over Europe and in the United States and Canada. He has performed at the Boston Early Music Festival, the Library of Congress and has been featured on the US Public Radio program Harmonia. He was the producer of the recordings by Mystère des Voix Bulgares, Megapolis, Elka Atanasova, and of many other CDs in Early, Traditional, Electronic and Pop music; as producer he has received two Grammy nominations. 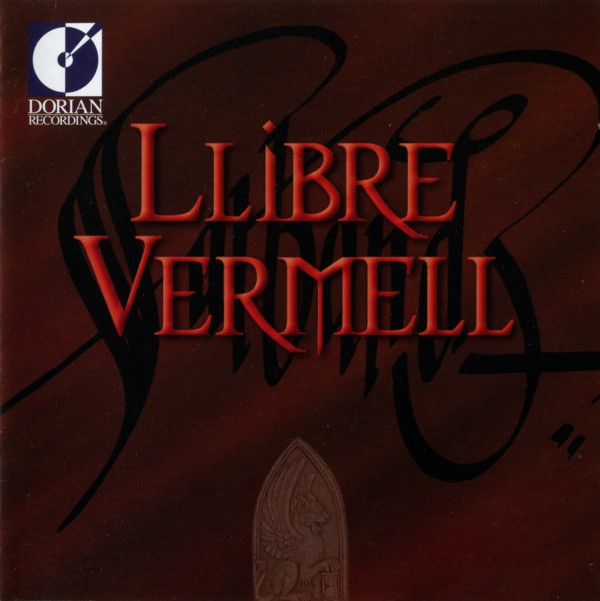