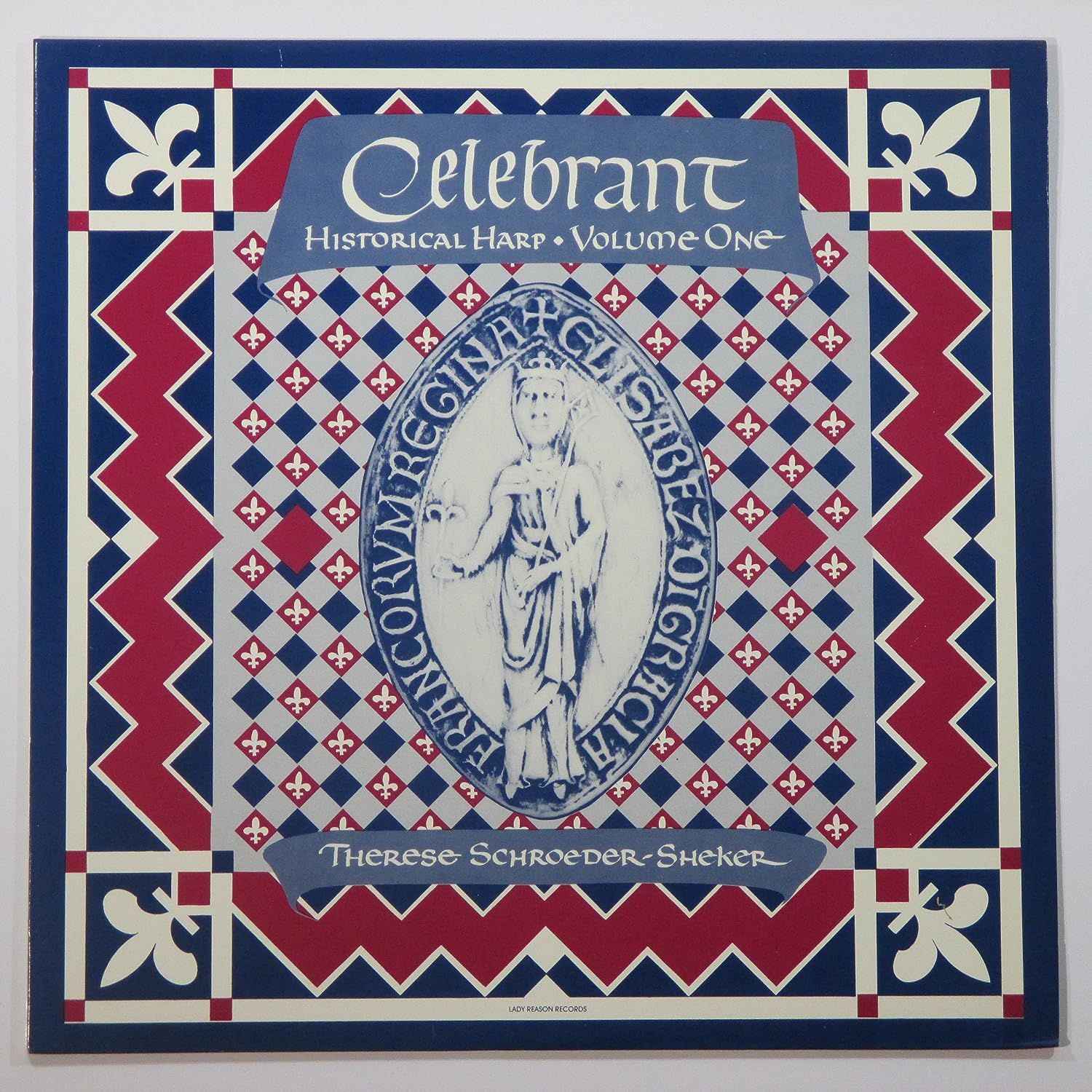 
Historical harps are modal instruments par excellence. This explains why Celtic ecclesiastics in Cambrensis's time favored the small romanesque harps. A medieval harpist would draw upon a huge variety of material reflecting the many national styles and purposes: sequence, hymn, conductus, motet, virelai, carol, cantiga, minnesong, caccia, dance forms, and on. Once familiar with the repertoire of a given time and place, such a musician was capable of spontaneous variations of existing music, as well as freely invented preludes, melismatic interludes assisting passage from one mode to another, the writing of counter melodies, and highly developed systems of rhythmic variation and melodic ornamentation. The early harp possessed a fiercely guarded oral tradition, for which we have no historical treatises or tutors today. The harpists of the Middle Ages played on instruments which varied greatly in style, size, and the materials used to string them: gut, silk, horsehair, wire, silver, braids of gold. Literature affirms a fingernail technique, and medieval iconography substantiates the left-shoulder playing position for both gothic and Celtic harps, the position still maintained as late as 1792 at the last Belfast Harpers Festival. Praetorius wrote that in the Renaissance, continental harpists played mostly dance music in ensembles, but it is well known that the harpists of the Western Isles retained enormous solo stature, as did the harpists of the Iberian peninsula. Although no one can give an exact reconstruction of early harp literature, we can make many careful observations of other certain musical traditions of the day, and come forward with an artistic integrity reflecting both scholastic methodology and heartfelt interpretation. My ideas concerning an archetype for medieval prelude are derived from studying the vocal literature of the Abbey of St. Martial in Limoges. Many pieces in my repertoire reflect exact transcriptions, whereas other selections are harpistic arrangements based on typical performance practice.


Through her pioneering work with medieval music and historical harps, Therese Schroeder-Sheker has established a career as both concert artist and scholar. Her research has been honored by national and interna-tional awards, including a grant for Celtic studies and art song at Trinity College in Dublin. Ms. Schroeder-Sheker's extensive work for the media began with programs researched and recorded for KVOD-Denver, tracing the history of medieval and Renaissance music previously unavailable on recording. Since that time, she has been active in producing scores for the theatre, films, and numerous spotlights for National Public Radio and Television. Research at the Bodleian at Oxford and at the Paris Conservatoire has led to the preparation of a six-volumed series entitled Historical Harp Repertoire, forthcoming from St. Dunstan's Press. Ms. Schroeder-Sheker is the founder of Ars Antiqua, an independent center for medieval studies, in Denver, Colorado. 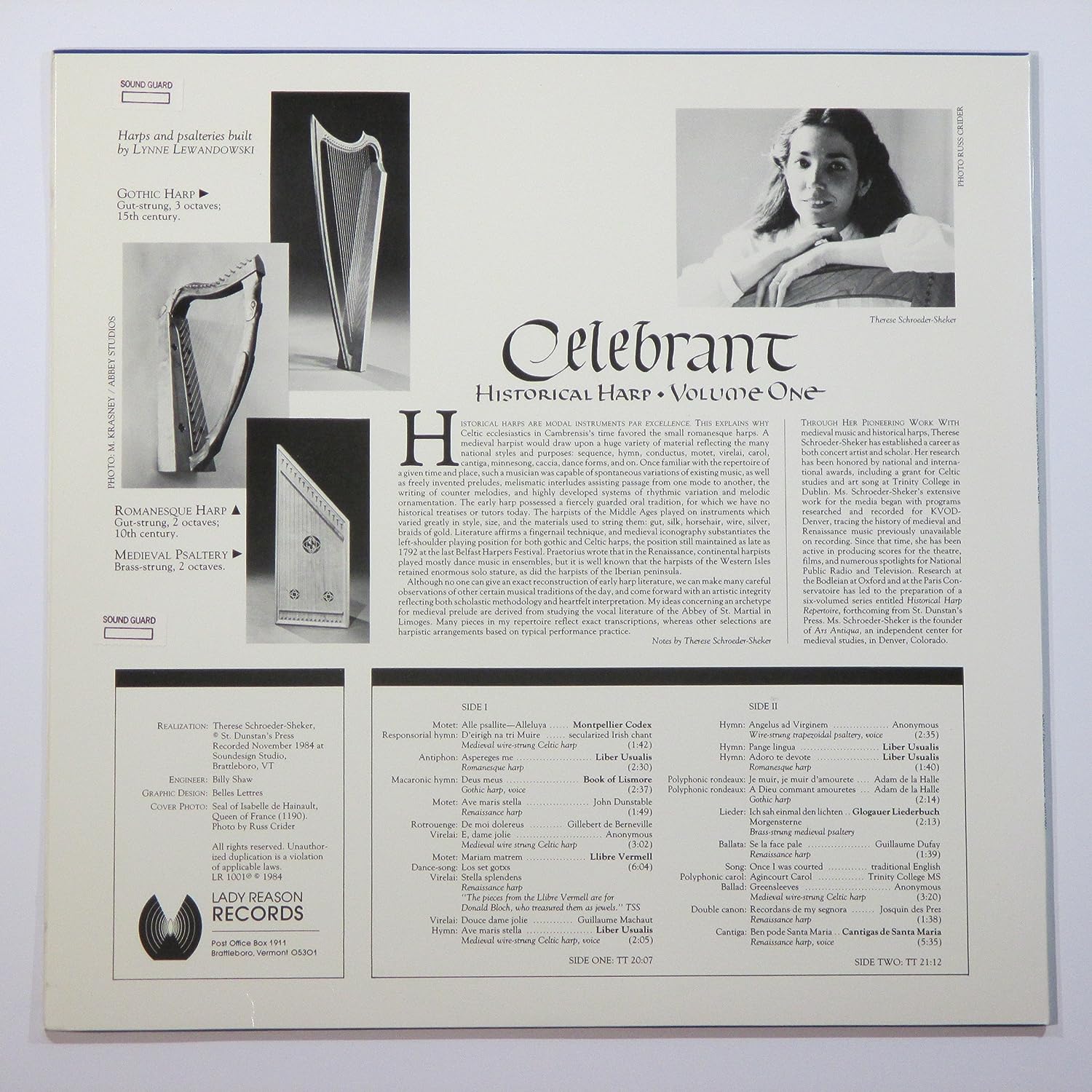