TWO RECONSTRUCTED PSALTERIES AND THEIR EMPLOYMENT 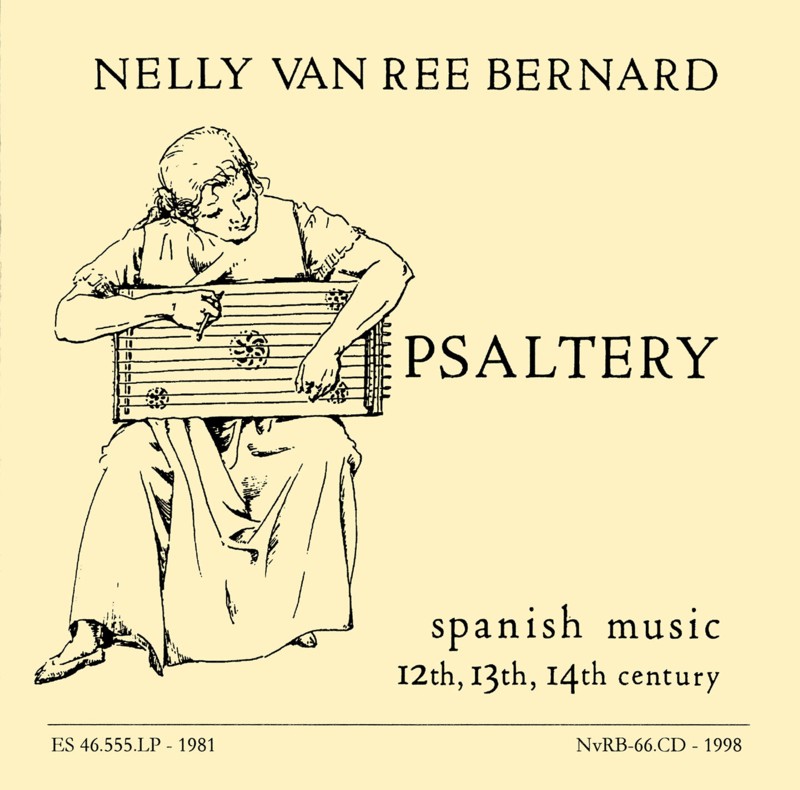 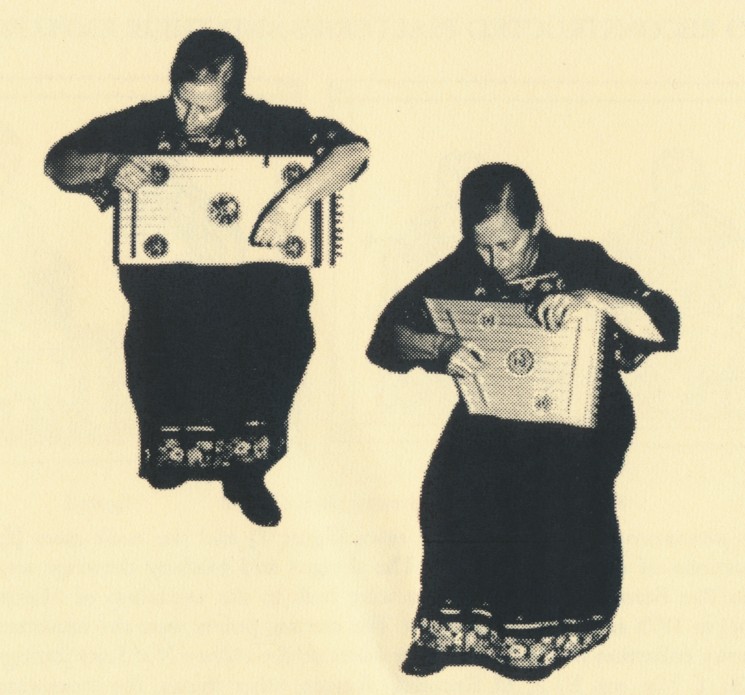 Nelly van Ree Bernard was born in the Netherlands in 1923 and grew up in Spain, where she gained her piano diploma at Academia Marshall in 1945 [Barcelona]. She studied guitar with Alfredo Romea [Barcelona]. She finished her studies in interior design in 1949 [Amsterdam]. She studied harpsichord with Jaap Spigt [Amsterdam] from 1960 onwards and spent a year [1968/69] in India studying Hindustani music with Dr Premlata Sharma [Varanasi]. After her return from India she gradually changed from harpsichord to clavichord and she began to concentrate on 16th century Spanish music, greatly helped by Dr Santiago Kastner [Lisbon]. She formed the vocal-instrumental ensemble MUSICA IBERICA and she began to re-design 'lost' early instruments [various types of psaltery and very early clavichords], which were built after her working drawings by different instrument-makers in Germany and Holland. She reconstructed the playing methods of the 'reborn' instruments recording the different aspects in publications and on LPs, cassettes and CDs. She has been giving lectures and courses on Hindustani music, Early Iberian music and Sephardic music in the Netherlands and abroad. Since 1966 she has been organizing concerts, lectures, exhibitions and demonstrations of instruments, at her music centre HET DUINTJE [Bennebroek, Holland], where about 70 European and non-European instruments, including her own reconstructions [three clavichords and eight psalteries], were permanently on show for visitors until 1993. From 1986 to 1993 she has been a board member of HET NEDERLANDS CLAVICHORD GENOOTSCHAP [The Dutch Clavichord Society, founded in 1986]. Besides in Holland, Nelly van Ree Bernard has presented musical activities in Austria, Belgium, Canada, Germany, India, Italy, Norway, Poland, Portugal, Spain, Sweden, Switzerland and the United States of America.

Books consulted for the notation: 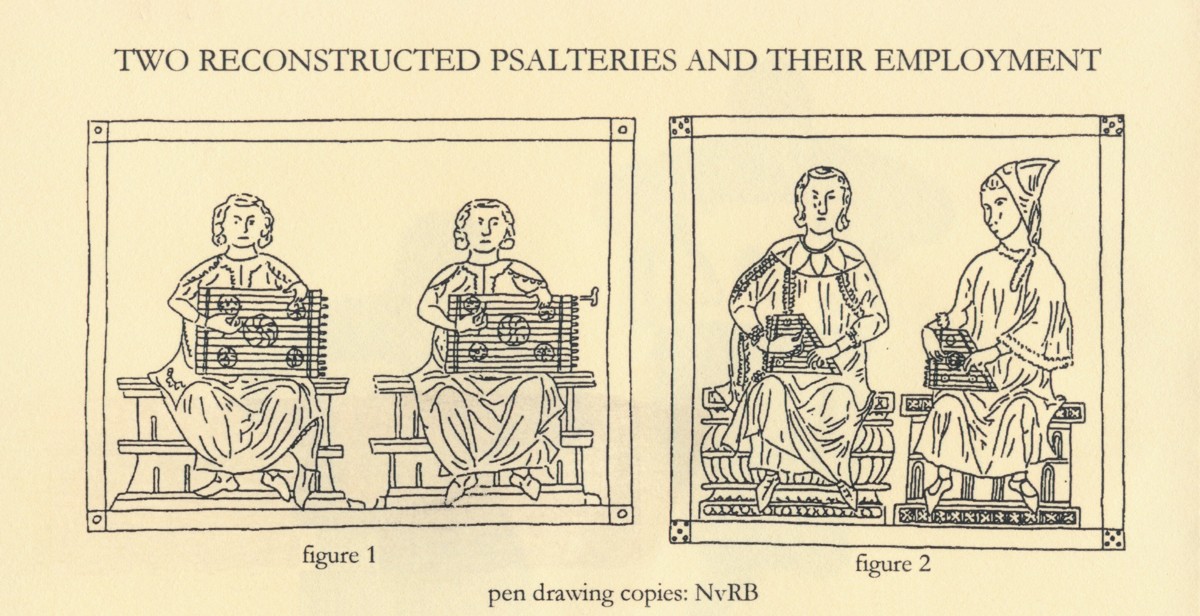 The two instruments played, the canon entero [figure 1] and the medio canon [figure 2] are reconstructions of medieval psalteries. The designs and working drawings were made by Nelly van Ree Bernard; the instruments were built in the workshop of Martin Sassmann [Germany] in 1975 and 1977 respectively. The starting points were the miniatures from the 13th century collection of Cantigas de Santa Maria del Rey Alfonso X el Sabio [cantiga 80, f 96v, cantiga 50, f. 71v, ms. b.I.2, El Escorial]. Among other things, the measuring of related instruments in the Instrumental Museum in Brussels and the study of the range and mode of the ca. 400 cantigas belonged to those preliminary studies made before the actual drawings could be commenced. Both instruments have a range of a tenth, diatonically tuned, wherein b flat as well as b natural is present. The range of the rectangular psaltery is c - e ', and that of the half-trapezoid c' - e''. The medio canon is singly strung; the canon entero is strung in triplicate, except the four bass notes which are strung in pairs These psalteries are plucked in a vertical position. The right hand employs a bird's feather cut to form a plectrum; the left hand plucks the bourdon tones or the counter-melody with the fingertips.


Method of playing the canon entero

Position of the instrument and the arms: see the illustration on the cover.
Playing  thechnique for the right hand: The strings are plucked with a quill in a downward direction. There are two techniques:

During playing, the right lower arm moves along the side of the instrument.

Playing  technique for the left hand: The strings are plucked with the fingertips [not the nails] in a upward direction. There are two techniques:
a. playing on one string of a course,
b. playing on all the strings of a course.

The forefinger and middle finger are used alternately; the left lower arm slides along the upper edge, if necessary across the damper [lightly]; in plucking the strings in the lowest position [the highest in tone], it may be advisable to shift along the side. Two-note chords can be played with the left hand using the thumb and index or middle finger.

The damper: The damper over the left hand bridge is operated by the left hand; it can vary the tone from 'reverberating' to completely 'damped off' [NB: the damper does not appear in the miniature]

Harmonics: When the fingertips of the left hand touch the strings lightly halfway, these strings being at the same time plucked with the right hand, octave tones are heard.

Method of playing the medio canon

Considering that the medio canon is singly strung, the 'course' technique is rendered inapplicable here. In addition, the medio canon has no damper. This smaller instrument is tuned an octave higher than the canon entero.

For more information about the canon entero and the medio canon see the publication The Psaltery [mentioned under 'Notations'], pp. 20-43. 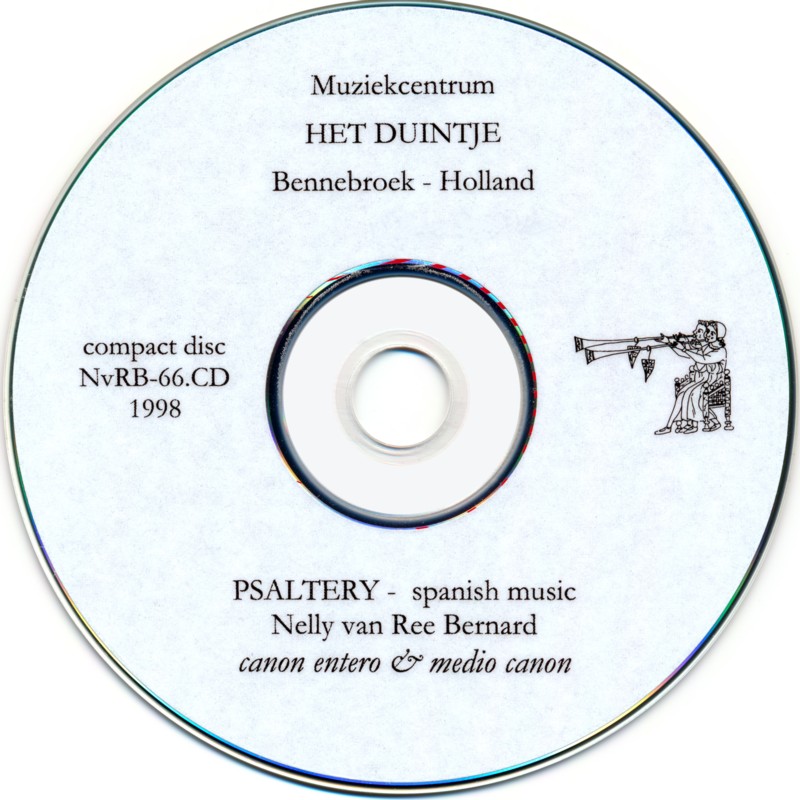 Teobaldo I de Navarra: Teobaldo I, King of Navarra [Count of Champagne and Brie; 1201-1253] was one of the most important French trouvères. 541 texts and 410 melodies of this poet and musician have been preserved which, as far as can be ascertained, are of his own creation [No 1].

Codex Calixtinus: This 12th century codex, also called Liber Sancti Jacobi, from the cathedral of Santiago de Compostela is among the most important documents in the history of the development of European polyphony. Here are to be found, among other things, one three-part- and more than 20 two-part pieces [No 2].

Alfonso el Sabio: Under the guidance of King Alfonso X [king of Castile and Leon: 1252-1284], the collection of Cantigas de Santa Maria del Rey Alfonso el Sabio was compiled, probably with the assistance of Provençal as well as Galico-Portuguese troubadours. The book [b.I.2, El Escorial] contains more than 400 Cantigas [Nos 3, 4, 5, 6, 7, 8].

Codex Huelgas: This codex from the monastery of Santa Maria la Real de Religiosas del Cister de las Huelgas contains compositions with Latin texts for one voice as well as for more than one. In the 13th and 14th centuries, the Huelgas monastery was an important centre for Ars Antigua and Ars Nova polyphony [No 6].

Llibre Vermell. In this 14th century manuscript from the Montserrat monastery in Catalonia, along with prayers, readings and sermons, one finds one-, two- and three-part compositions, ten altogehther. According to a note in the margin, here it is not a matter of liturgical but of popular religious music [No 9]. 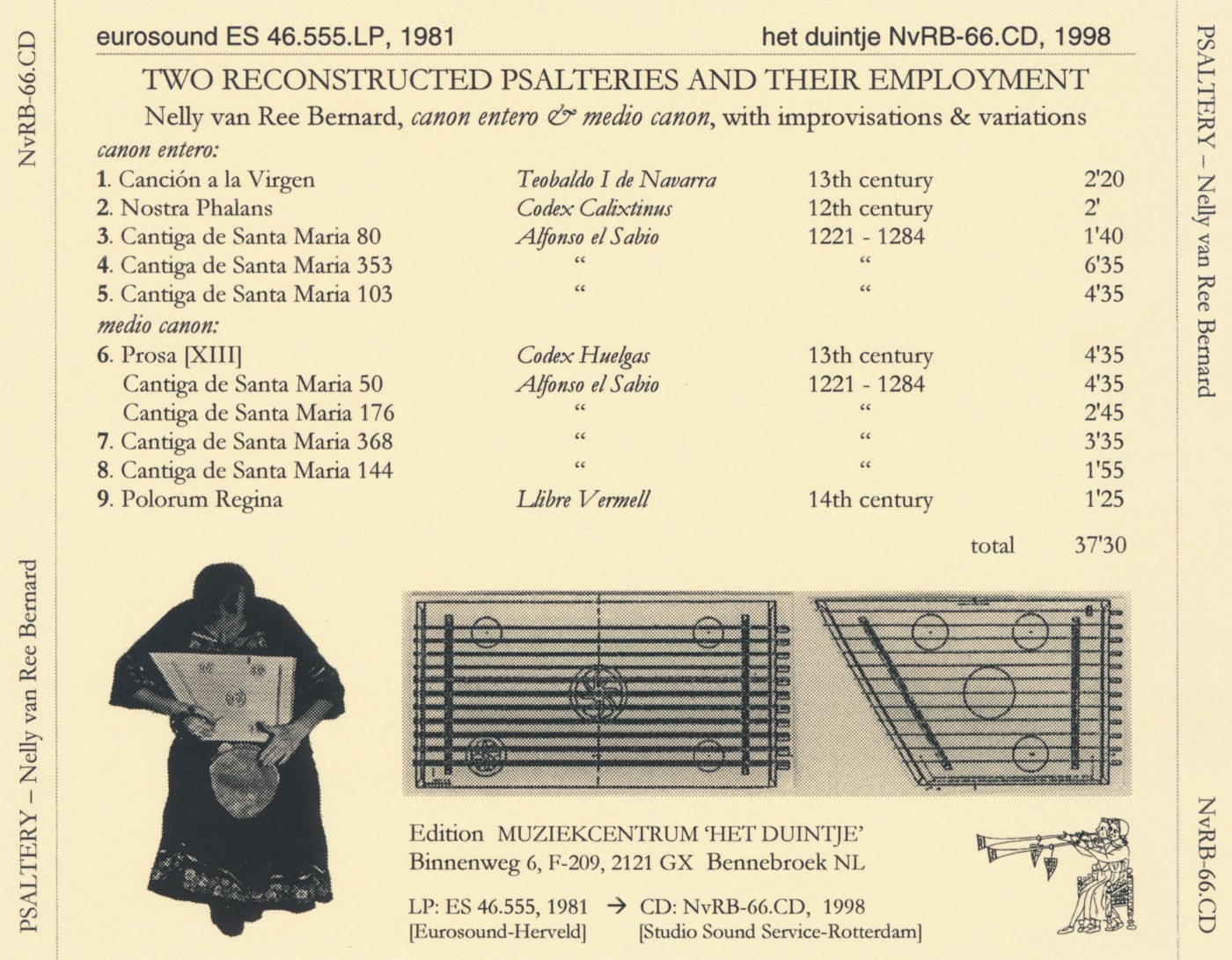