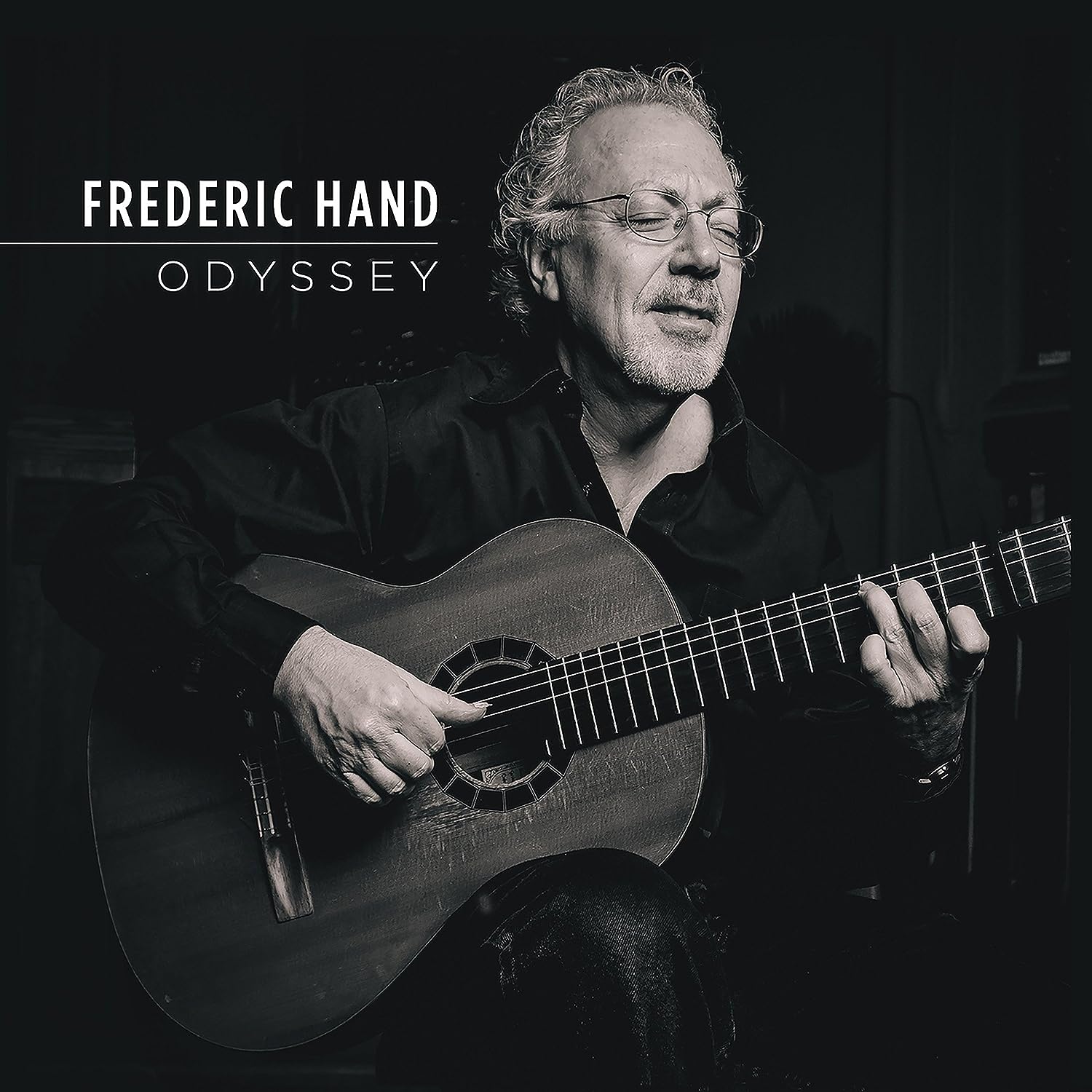 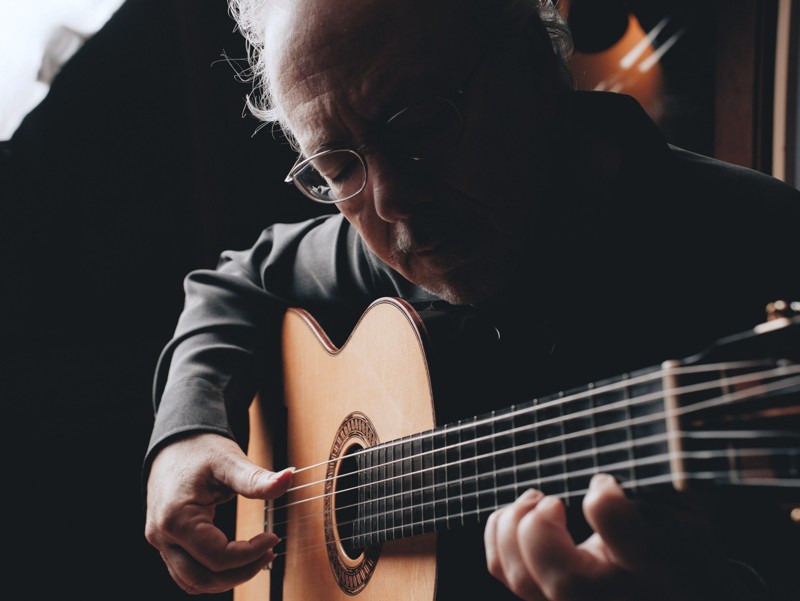 Cantiga de Santa Maria - is one of a collection of songs dating from the 13th century. My introduction to these songs was through the wonderful early music group, the Waverly Consort. The modal melodies and irregular time meters suggested to me a modern harmonic setting and the creation of additional material inspired by the
theme and the rhythmic vitality of the original melody. I composed this piece for my ensemble, Jazzantiqua, using vihuela, recorder/flute, soprano saxophone, piano, double bass and percussion.

Prayer - was written for guitar duo and first performed by me with my dear friend and colleague, Benjamin Verdery. It was one of those pieces that seemed to pop out fully formed, written in one sitting. "Prayer" was deeply influenced and inspired by the music of J.S. Bach, to whom I dedicated this piece. Many thanks to the great guitarist John Williams for initially recording "Prayer" and giving it wide public exposure. Coincidentally, it was a performance of a Vivaldi/Bach keyboard concerto by John Williams on a single guitar (how is that possible?) that inspired me to create a solo version of "Prayer."

Sephardic Songs - I first encountered these songs, which date back to medieval times, through a recording of Manuel Vals' arrangement for soprano, flute and guitar, sung by Victoria De Los Angeles. Over the centuries, these Sephardic melodies have survived in various settings representing the numerous cultures to which they had migrated. I've arranged them for several ensembles. The songs recorded here are four of my very favorite.

The Water Is Wide - (also known as "O Waly, Waly") is a hauntingly beautiful Scottish folksong from the 17th century that I've played since I was a teenager. This arrangement is partially written and partially improvised (the middle section).

Odyssey - I was invited by the great Greek guitar duo Evangelos and Liza to attend a guitar festival on the island of Crete, in 2002. I brought a gift for them, this guitar duo. The title refers both to my trip to Greece and also to the way in which the musical ideas interact with each other and evolve.

Sophia's Journey - is dedicated to my granddaughter. Observing her movements on a blanket when she was six months old, her sudden changes in direction inspired the opening pizzicato section. The rest of the piece represents Sophia's strong personality, filled with humor and a bubbly determination, which she manifested at a very early age.

For Julian - was composed in the fall of 2007, for a concert at the 92nd Street Y in New York, celebrating Julian Bream's life's work, his incredible contribution to music and to the world of the guitar. I was very privileged to be one of the performers who included David Leisner, Benjamin Verdery, William Kanengiser, and Scott Tenant. Though originally composed for an eight course renaissance lute, over time, I've favored it on the guitar, which offers a warmer and wider palette of tonal colors.

A Psalm of Thanksgiving - I had the pleasure of joining a group of composers in New York City whose purpose was to explore the relationship between music and philosophy. As the basis of our work, we used scripture, ranging from the ancient Upanishads to the Old and New Testaments. Our method was to reflect deeply on the words of the text and then to compose, simply recording the notes that we heard, without judgement. This setting of Psalm 100 from the Old Testament is the result of that practice. It begins with a musical dedication using unisons and octaves. The flute entrance reflects the opening words of the Psalm: "Make a joyful noise unto the Lord," and the rest of the piece was informed by each line of the psalm.

Ballet and Dance of the Blessed Spirits - I couldn't resist including Gluck's beautiful masterpiece in this CD of what is otherwise original compositions. When I was six years old, my favorite piece on my first Andres Segovia recording was his arrangement of Gluck's Ballet. Decades later I discovered that the Dance of the Blessed Spirits was connected to the Ballet. Its haunting beauty compelled me to play it.
The Ballet's original key of F major is not suitable for the guitar due to the lack of needed open bass strings for the primary harmonies. For that reason, Segovia made his arrangement in A major. In combining both movements, I chose G major for the Ballet so that the Dance would fall in the relative minor key of E. The original string accompaniment of the flute melody consists of a constant stream of sixteenth notes in thirds. Try as I might, it was not possible to play the melody, accompaniment and bass parts on a single guitar. In an attempt to capture the essential quality of the accompaniment, I've maintained the same intervalic relationships within the two violin figures but changed the underlying pulse from sixteenth notes to eighths.

Frederic Hand was born in Brooklyn, NY, in 1947. He is a graduate of the High School of Music and Art in New York City and the Mannes College of Music. He was a Fulbright Scholar to England and a student of Julian Bream. His solo performances in North and South America and Europe have received the highest critical acclaim. The New York Times wrote: "He played unerringly, with all the verve and spirit that one could ask." Appointed the Metropolitan Opera's guitarist and lutenist in 1984, he has performed with Placido Domingo, Luciano Pavarotti, Renee Fleming and many other renowned singers.
His scores for television earned him an Emmy Award, and his arrangement and performance of the theme for the film "Kramer vs. Kramer" led to his own best selling recording for Sony, "Baroque and On the Street." He is the creator of Jazzantiqua, a group the New York Times described as "scintillating and brilliant," and has also recorded for BMG and the Musical Heritage Society. He has been an Affiliate Artist with the State Arts Councils of New York, Arizona, California, Colorado, and Washington.
Hand's guest appearances include the New York Philharmonic, Vienna Philharmonic, Mostly Mozart Festival, Marlboro Music Festival and the Caramoor Festival with the Orchestra of St. Lukes. For his recording and performances with flutist Paula Robison, he won the Classical Recording Foundation's Samuel Sanders Award. 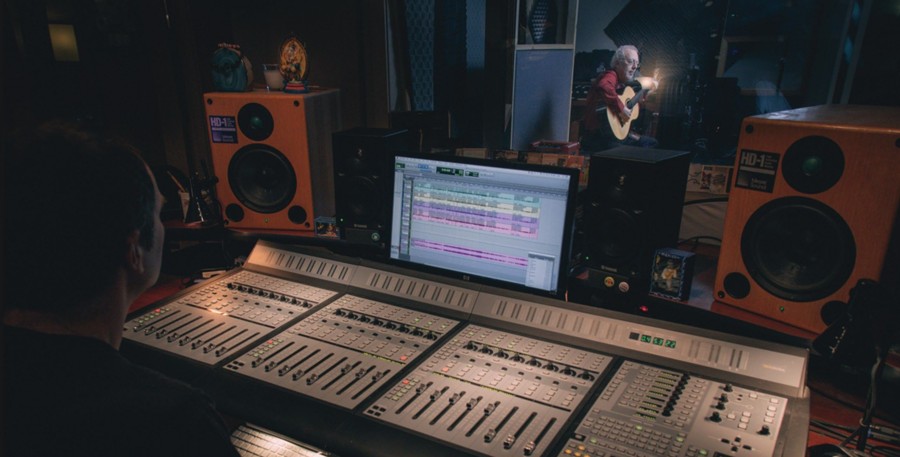 All compositions and arrangements published by Handwerks Music, ASCAP except
"Ballet and Dance of the Blessed Spirits," published by Theodore Presser and Company.

Guitars by John Gilbert and Gary Lee
Strings by D'Addario

Special thanks to Dave Cook for his beautiful work, great ears and many, many laughs,
to David Leisner and Jayna Nelson for their inspired, deeply musical performances,
to Gary Lee and John Gilbert for their wonderful instruments,
and to my wife Lesley for her love and for happily listening
to this music countless times. 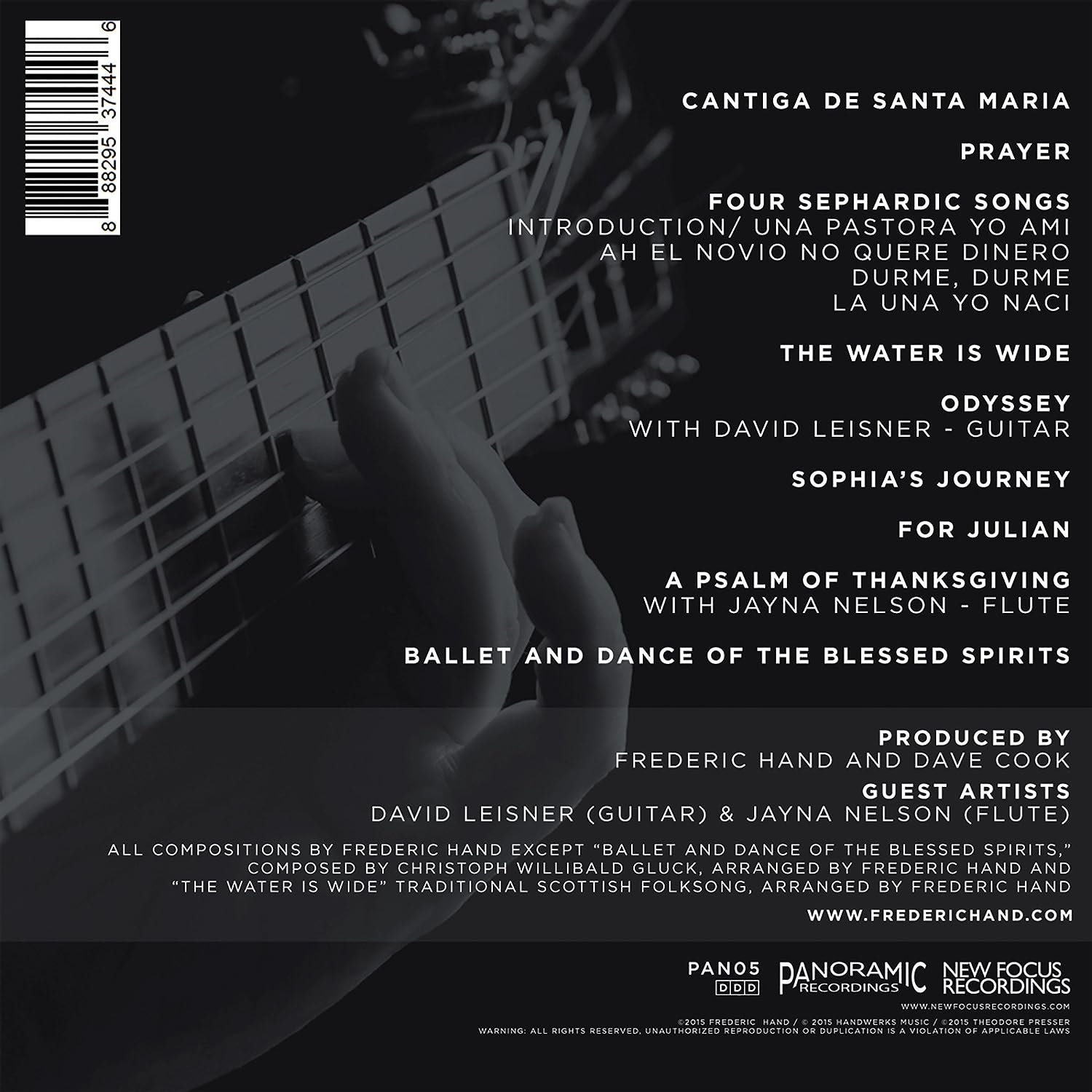