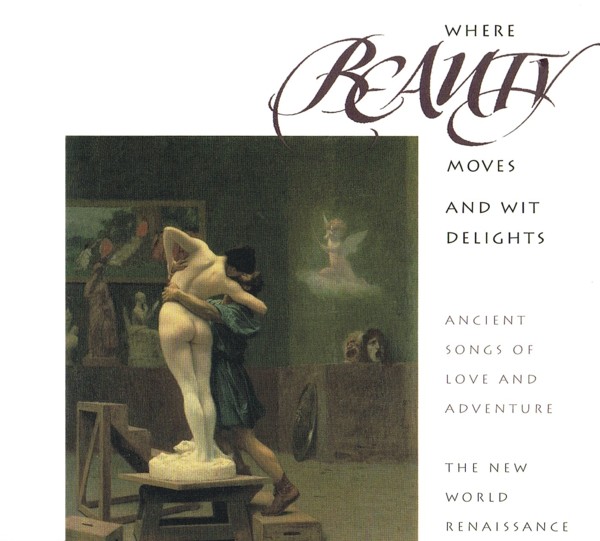 4. Daphne  [4:42]  anonymous, 16th century England
The song text is the old mythological story of Daphne turned into a laurel

11. Maid in Bedlam  [5:21]  anonymous
In the 12th century, a hospital was founded in London called "Our Lady St. Mary of Bethelehem".
The name was eventually shortened to "Bedlam". In the 16th century, the hospital was converted into an asylum for the insane.
This ancient song from Cornwall is the story of one young lady who was imprisoned there. 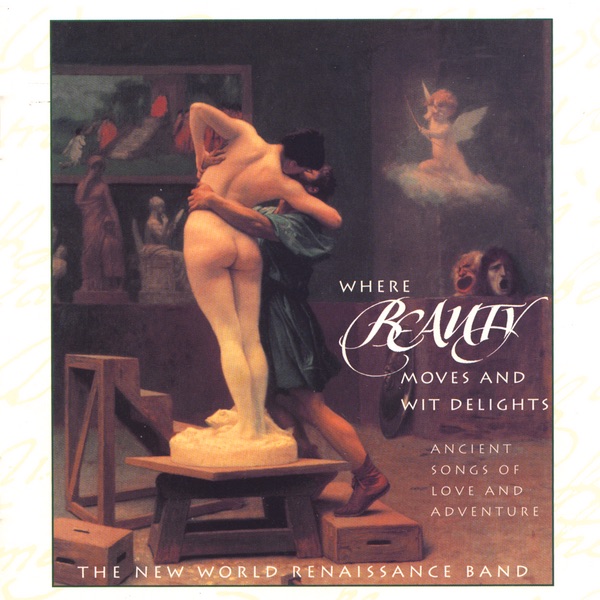 The New World Renaissance Band is the child of an unusual counter cultural phenomenon in North America known as the "Renaissance Festival". (There are over one hundred such festivals accros the continent). As a solo performer (voice and vihuela), I had long been a participant on the Michigan Renaissance Festival and had pursued the idea of an early music ensemble performing ancient repertoire in a cross-over or romanticized style. Through a friend, I heard a recording from Houston, Texas by an instrumental group calling themselves "Cantiga". It was remarkable. They were attempting to do the same thing with early music as I was, yet instrumentally. I made arrangements to visit the Texas Renaissance Festival to meet Martha Gay (harp), Malcolm Smith (fiddle), Bob Bielfeld (recorders) and Max Dyer (cello). So it was what the New World Renaissance Band came to be. — Owain Phyfe.