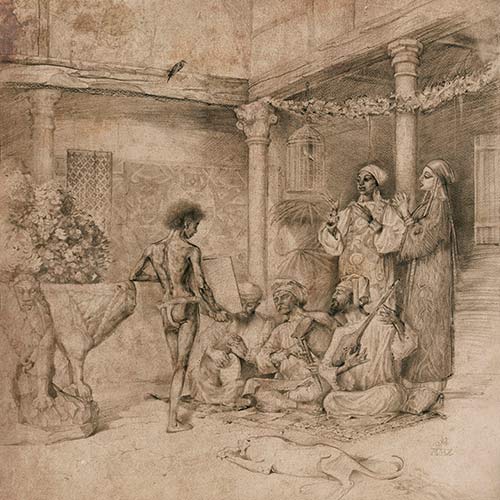 Ethnic project POTIR was created by an artist and multi-instrumentalist Andrey Nazarov in 2009. Initially it was considered to be studio-project only to reconstruct a musical panorama of the Middle Ages. Today the project is the artwork by two persons, Andrey Nazarov and Evgeny Lyalin. This artwork consists of making musical pictures, studio work; there are only two men and loads of instruments.

The album «Gothic City» is the project’s first work. There is almost an hour of musical material, one-hour journey to a medieval city, an hour of wandering from tradition to tradition. Witches’ night dance, folk dances tough dynamics, flavored with the noise of fairs and taverns, Gregorian chants and unforgettable «Llibre Vermell de Montserrat» lyrics come one by one.

«Age-old music is not just forgotten manuscripts, but definite state, in which the epoch is reflected, its breathing, its dynamics where the pictures of the past and ancient world-view are hidden».

«The design is ours as well. Everything is important here: age-old miniatures, historical texts, museum and antique things, customs and rituals, all these are the style of the past».

Some real authentic instruments were used in the recording of the album; one of them is more than 300 years old.

The concept is ended by «Epilogo» — the scene of the Flagellants’ march and the Judgment Day’s picture. The album’s booklet is opening by the verses from Dante’s «the Divine Comedy». Have a nice listening! 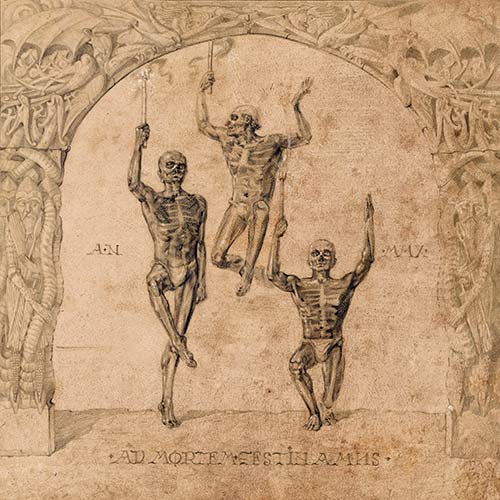 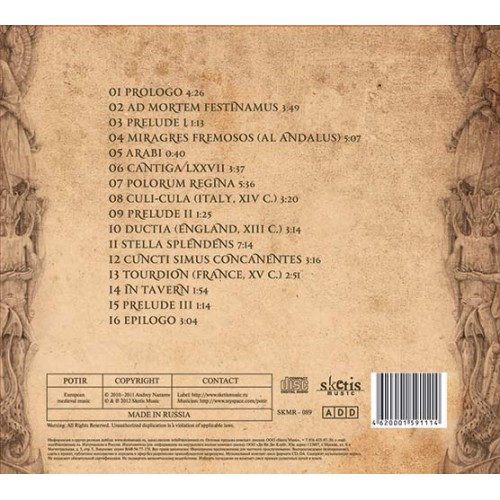